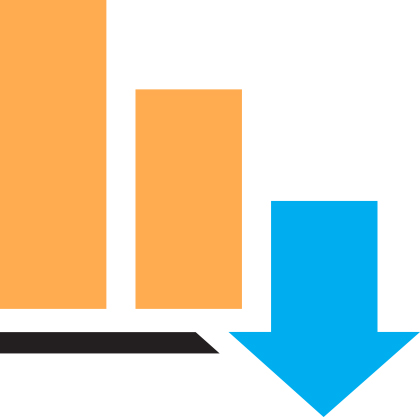 As Needed, vs. Every Day

You’re in the Intensive Care Unit and you feel awful. Hey, it’s time for your daily chest X-ray!

Does everyone in the ICU need a daily chest X-ray? As you may suspect, the answer is no, and a team led by internal medicine house officer Sonali Palchaudhuri, M.D., set out to “change the culture” and improve care by helping doctors order chest X-rays only when they’re warranted. With resident Stephanie Chen, M.D., Chief Resident Jonathon Thorp, M.D., and instructor Anthony Accurso, M.D., she designed a multifaceted intervention to replace the daily scans with chest x-rays as needed. The goals were to save patients the extra radiation from multiple scans plus the sheer physical hassle of having to get up to get X-rayed every day – and, in so doing, to reduce routine daily chest X-rays by 30 percent. The team noticed that clinicians were ordering more tests in the morning.

“Why do we do it this way?”
“Because it’s always been  done that way.”

It’s good to ask why. It’s good to question whether what you’re doing makes sense. But in medicine, says David B. Hellmann, M.D., we don’t ask those simple questions nearly often enough. “We spend $3.2 trillion on health care in the U.S., and one-third of that is estimated to be wasteful, from overtesting or overtreatment,” he states.

In 2009, here at Johns Hopkins Bayview we began a program called Physicians for Responsible Ordering. The kick in the pants to start it came from our residents, especially Marc Larochelle, M.D., with guidance from cardiologist Jeff Trost, M.D., Colleen Christmas, M.D., and others. Resident Linda Mobula, M.D., and cardiologist Roy Ziegelstein, M.D., the Miller Scholar, now Vice Dean for Education at the School of Medicine, were presenting a case at a Morning Report. The patient was a man who had to go through three different studies to confirm that he needed to have his gallbladder out. That was probably two studies too many, Ziegelstein says. The residents began asking questions about redundant, unnecessary, or flat-out wasteful practices, and looking for smarter ways to do things. It grew from there.

In 2012, a study led by Larochelle and Trost targeted the practice of using three tests to detect a heart attack when one is generally conclusive. They found that roughly a quarter of patients admitted for chest discomfort – none of whom had a heart attack – had more than three sets of cardiac enzymes drawn. Simply reducing this by 20 percent, they calculated, would reduce charges by $1 million a year. And it has: their results, which were featured in the Wall Street Journal, were so successful that the Johns Hopkins Hospital adopted the practice, and has begun reducing charges by $1.5 million to $2 million a year. Equally important, their intervention resulted in a small but significant increase in the diagnosis of heart attack.

“How do you successfully modify a practice when we’ve been doing it this way for so long?”

Two years ago, Ziegelstein and Julia McMillan, Associate Dean for Graduate Medical Education (now retired) challenged each of the residency programs at Johns Hopkins to identify at least one commonly used diagnostic test or treatment in their discipline that was “wasteful, unnecessary, and potentially even harmful,” says Ziegelstein, “and to identify an intervention to reduce or eliminate it.”

The response was enthusiastic: the residency programs took part in more than 40 initiatives with faculty mentorship. To highlight this work, Ziegelstein invited house staff and faculty to submit abstracts for presentation at Hopkins’ first High-Value Practice Research Symposium in February. More than 50 projects were presented by residents, fellows, medical students, and even premedical students as well as faculty.

Note: The idea here is not to go cheap, not to save money just to save money. That might not be the best thing for the patient, and it wouldn’t improve medical care. Instead, the goal is to choose wisely – an idea the American Board of Internal Medicine (ABIM) Foundation has been promoting since 2012 in a national campaign to cut down on unnecessary tests, treatments, and procedures. Daniel Wolfson, the ABIM’s Executive Vice President and Chief Operating Officer, came to Hopkins to give the keynote address. Ziegelstein and Pam Johnson, M.D., Vice Chair of Education and Director of the Radiology Residency Program, plan to make it a national meeting in 2017. “I was really impressed with how engaged everyone was – the questions, the discourse, what we learned from each other. When we do this next year on the national level, we plan to expand the time for discussion, because there’s so much to be learned from every project.”

Back at that 2009 Morning Report at Bayview, Ziegelstein, who led it, showed the house staff an article written in 1985 that he had saved when he was a student. It was from the New England Journal of Medicine, and it was about routinely taken admission chest X-rays. The article said that unless someone has a respiratory or heart symptom, these scans were “virtually useless,” says Ziegelstein, “but the practice didn’t change. Admission chest X-rays were like a ticket to getting admitted. It was a routine practice then, and still is at many places.”

The thing is, he continues, “that article didn’t do anything to change behavior. Education alone is not sufficient to change the way physicians practice. You would imagine that it should be, but it’s not.” When he became Vice Dean, Ziegelstein wanted to make sure that “all of us as educators teach the next generation the importance of practicing cost-conscious and high-quality care,” he says. “To make sure that we communicate to our trainees that high cost is not always high quality. The general ethos at many academic medical centers, and certainly Johns Hopkins, has been that thoroughness always means lots of tests. That ethos doesn’t make any sense and actually is irresponsible.”

The challenge to residency programs: Find at least one commonly used diagnostic test or treatment in your discipline that is “wasteful, unnecessary, and potentially even harmful, and identify an intervention to reduce or eliminate it.”

Ziegelstein and Johnson were delighted that the residency program directors and their trainees not only identified things to change; they figured out interventions and implemented them. As Ziegelstein describes, “Across the board at the Symposium, that’s what was featured. It wasn’t, ‘Hi, my name is X, I’m the residency program director for this department and here’s a seminar that I gave to my house staff.’ It was, ‘Here are my medical students or residents, and here’s what we did. Here’s what happened, here are the results that we’ve been able to demonstrate.’”

The next steps are several: “We want to work with all of our hospitals and clinical staffs – not just the educators – to get some of these programs that we feel have the highest yield and the best evidence implemented in clinical practice across the institution,” says Johnson. And thinking ahead to next year, “With Dan Wolfson from the ABIM Foundation, we are working to lead Hopkins’ first national research and education symposium on this. Our goal is to engage a national discussion and learn from other institutions, and lead widespread improvements in practice.”

Ziegelstein, who is also the Sarah Miller Coulson and Frank L. Coulson, Jr. Professor of Medicine, adds: “We want to move the needle in terms of health care expenditures in this country, in a way that is intentional and thoughtful. That is, we want to make sure we do it in an evidence-based way, as Johns Hopkins has always done. Not to say to doctors, ‘You can’t, or you shouldn’t order this test or prescribe this treatment,’ but rather, ‘You shouldn’t because we have shown it is unnecessary.”

Why do doctors order unnecessary tests or treatments? Several reasons: “I just couldn’t sleep at night if I didn’t do it, because I want to be thorough,” or “The patient expects me to do it,” or “I might get sued if I didn’t.” Another reason: no connection to how much the hospital or patient will have to pay for it. Says Johnson: “How do you successfully modify a practice when we’ve been doing it this way for so long? Changing that kind of behavior is a process, but we’re doing it. Given the breadth of commitment across our institution that I witnessed at the symposium, and the systematic research-based approach that we are taking, I am confident that we will be successful in helping reduce the cost of high-quality care for our patients.”