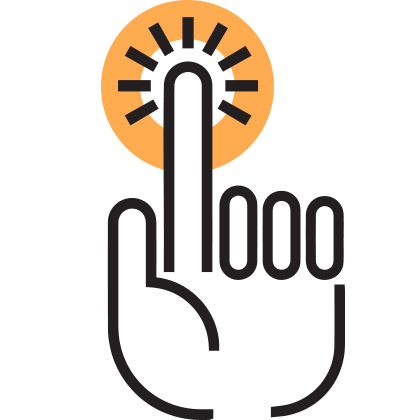 It’s what we always suspected would happen – but still, it’s nice to know. The vast majority of our medical residents who took part in the CIM’s Good Doctor Initiative say they practice medicine differently because of it. This is the result of a recent study of graduates of the Good Doctor Initiative, formerly called the Aliki Initiative – a groundbreaking project designed to help young doctors get to know their patients as people.

“One of the big questions in medical education research that we quite commonly fail to ask is whether something we did has a sticking power,” says Colleen Christmas, M.D., Director of the Primary Care Leadership Track, Associate Director of the Internal Medicine Residency Program, and one of the Aliki Initiative’s founding leaders. “Did  it influence someone’s career in a lasting way?”

Usually, if such questions get asked, the time period is fairly brief. Residents who went through the Aliki Initiative were all asked soon afterward whether the program had influenced them, and the answer was “a resounding yes.”

But what about now, a few years after the fact? “We have nearly a decade under our belt,” says Christmas. For this study, Christmas looked at former residents who had gone through the Aliki Initiative between 2007, when it started, and 2014. “One hundred and fifty residents passed through our doors during that time. We had e-mail contacts for 110 of them, and 94 responded to the survey.” About three-fourths of those who responded were working full-time, out in practice, and 22 percent were still in their fellowship training. Not everyone was able to participate in the Aliki initiative, and the length of time residents got to spend on the Aliki team varied, as well.

Did the Aliki Initiative have a lasting effect? “Would it wear  off at some point?”

“We asked them, ‘If you participated in the Aliki Initiative, how important was this to your training as a physician?’” Christmas reports, “and 77 percent said ‘a great deal.’ No one responded ‘not at all;’ the overwhelming majority thought it was really valuable to their training. Then we asked, ‘Do you feel your current practice is influenced by your participation in the Aliki Initiative?”

Again, the responses were strong: “The majority (63 percent) felt like it had a great influence on their current practice as a physician.” This is especially striking, she notes, “because most people had only a two-week experience in the program. Some people had four weeks, and very few had six weeks over their three years of training. That is a very small percent of their time. To have a great deal of influence from a two- or four-week experience is pretty exciting.”

The comments in the survey were “very heartwarming and beautiful,” Christmas adds. “They fell along a few themes: the Aliki Initiative enhanced their ability to understand social determinants of health; it made their communications skills better – taught them to pause more, listen more, and explicitly ask patients about non-medical aspects of their life; it helped build relationships with their patients, and helped them tailor treatments to individual patients.”

The survey was anonymous, so we don’t know who it was who wrote, “the Aliki experience will go with me in all walks of my professional life,” but overall, says Christmas, “it’s just really very positive, the responses from these people who are now faculty and doctors in practice, reflecting on the value of their Aliki experience.”

Next, Christmas would like to “figure out if there’s a way we can measure that more objectively. Not just the doctors reporting, ‘Yes, it still influences me today,’ but if we can find a way to compare these people to those who didn’t have this kind of training.”

In 2007, “when we first started the Initiative, our goal was to do something really different and revolutionary. We thought it might – might – help residents think about patients in a different way.”

In 2007, “when we first started the Initiative, our goal was to do something really different and revolutionary,” Christmas continues. “We thought it might – might – help residents approach patients in a different way, might help them think about them in a different way. We hoped it would bleed over into other aspects of their training – the way that they would approach primary care patients or people in the ICU. We did see those things, and we saw that it certainly influenced the culture in our residency program very broadly. But we weren’t sure what they would say later. Would it wear off at some point? Would it get washed out by current clinical practices? Evidently not, so that’s great!”

It was fun to see the results coming in, she adds. “People could say that everything’s different in the real world, that none of that applies. That easily could have happened. I was so thrilled when it seemed like people still remembered and treasured their Aliki experience, when they gave examples of things that they did in their current practice that were drawn directly from the Aliki curriculum. It worked, and they’re still doing it.”