App with a Heart:
Helping Patients Stay Out of the Hospital 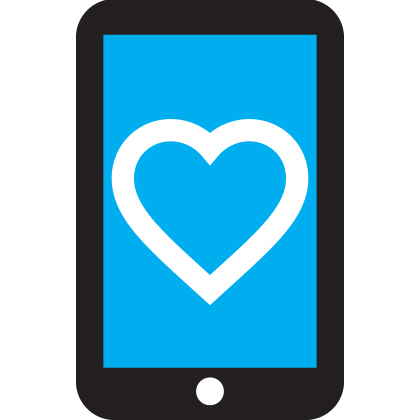 It is a truth universally acknowledged, as Jane Austen might say, that the day of discharge from the hospital – any hospital – is like being at a bad party or uncomfortable family reunion. It’s interminable. Everybody’s ready for it to be over, including you; you just want to go home.

Shortly before it’s time to go, a nurse goes over your discharge instructions. Maybe you nod a lot – but maybe you also glaze over, feeling too worn out or overwhelmed to think about the big list of medications and follow-up appointments.

If this haziness about what you’re supposed to do when you leave the hospital sounds familiar, that’s because you’re not alone. It happens to a lot of us, and this is not good; that discharge information is crucial. More than 39 million hospital discharges happen every year in the U.S., and nearly 20 percent of those people wind up back in the hospital within a month.

These are dismal statistics. Francoise Marvel, M.D., a second-year resident in internal medicine at Johns Hopkins Bayview, wants to change them – starting with helping heart attack patients who are at highest risk of being readmitted within that critical first 30 days. Her key to helping these people recover: their cell phones. Studies show that about 80 to 90 percent of Americans own a cell phone capable of receiving medical information. Rich or poor, young or old, tech-savvy or not; doesn’t matter. Cell phones transcend demographics.

“Unfortunately,” says Marvel, who plans to specialize in preventive cardiology, “hospital discharge is a process that is fraught with patient safety issues.” The discharge instructions are often written by an intern or medical student, and frankly, the quality varies. That information is then handed off to a nurse, who conveys it to the patient. Also, the timing is bad. Patients may get the go-ahead to leave in the morning, but the actual discharge usually doesn’t happen until late afternoon. The day drags on, and the last thing those people may feel like doing is sitting through a mini-seminar on medications, lifestyle and dietary changes.

And yet – especially for those who have stents put in to help a clogged artery stay open – understanding and following this information truly is a matter of life and death. Another problem, says Marvel, is that the proverbial wheel is being reinvented with every patient. “The cardiology follow-up instructions are always very similar,” she says. “Go to cardiac rehab, avoid salt, measure your pulse and blood pressure, avoid alcohol and stop smoking,” etc. And if you have a newly placed stent, you must take aspirin and Plavix, two essential blood-thinning medications – these allow your blood vessel to knit a blanket of cells to cover the stent. “That stent is very sticky.” Until the cells grow around it, without those blood thinners it’s almost certain that a clot will form. But that message doesn’t always come through loud and clear, and some patients don’t understand the urgent need to take these pills every single day and not stop for any reason, and that “if they don’t do this, they will have a massive heart attack.”

This message, Marvel says, is far too important to tell people “right before they get in a wheelchair and get picked up by a family member.” She cites a 2013 study published in the Journal of the American Medical Association, showing that 40 percent of patients over 65 “who felt that they had a good understanding of their discharge instructions” could not accurately describe the reason for their hospitalization, and 54 percent “did not accurately recall instructions about their follow-up appointment.” Another study of recently discharged patients aged 64 and older found that “the majority did not understand the new dosing of medications they were taking” or the reasons for medication changes. “What we know from the research,” Marvel says, “is that many patients are likely to come back to the hospital for avoidable reasons,” and the discharge process is largely to blame.

“It keeps you up at night when you realize we keep giving the same basic instructions that were typed out 50 years ago.”

She is designing the Health-e App for smart phones. It will serve as a “discharge navigator,” helping patients transition from the hospital to the home after a heart attack. Designed for people who, like most of us, “don’t know the first thing about cardiac rehab,” the app will help patients follow up with the heart doctor and connect with a pharmacy. It also will walk them through changing their diet – cutting way back on salt, for instance – and other lifestyle changes. The app will connect patients with social services and help them apply for insurance if they don’t already have it. “Last week, someone didn’t know that he could get his medications for free because he’s a veteran. It’s really mind-blowing; the more you work with patients, the more you realize there’s so much to be done to help them,” not just in the hospital, but in getting back to their lives.

After a heart attack, most patients stay four days. Marvel plans to give the app on Day 2, “so they feel comfortable with it and have a chance to preview the app so they’ll know why and how they need to take care of themselves when they get home.” This user-friendly, guided, evidence-based approach, she envisions, will be much better than “the four to five pages of relatively unhelpful, EMR (electronic medical record)-automated, inconsistent instructions.”

The American Heart Association estimates that one in five men, and one in four women, die within a year after having a heart attack. “Looking at the risk factors for why you would die within that window, medication and therapeutic adherence – knowing what you need to do and take, and being consistent – is the number one reason,” Marvel says. “It keeps you up at night when you realize we keep giving the same basic instructions that were typed out 50 years ago. We’re doing a huge disservice to our patients.”

If you have a new stent, you need to take aspirin and Plavix every day. If you don’t, you most likely will have a massive heart attack. Not all patients understand this.

Smart phones, Marvel says, can become a tool for “wraparound care.” But right now, hospitals are not routinely using them as such. “If I ask you, where are your car keys, you might have to think about it. But if I ask, where’s your phone, you know where it is. You’re wearing it, or it’s right beside you.” She calls this new communication “mobile health,” and believes that using the cell phone “is going to bring us closer to our patients. In the hospital, they see us for 15 minutes, maximum, when we’re on rounds; in fact, that’s a long encounter. It could be as little as four or five minutes.” The app will create a “suite of information,” harnessing the power of a multidisciplinary team of caregivers, and “give them the game plan and the resources they need to be successful.”

Marvel has won two awards for her idea; the Linda Dunbar Award for health systems transformation, and a $44,000 award for technology development through the Louis B. Thalheimer fund, which has allowed her to start developing a prototype with the help of student volunteers from the Johns Hopkins Whiting School of Engineering. She estimates that the total cost will be $150,000. “We are also building a website that will track data and allow us to analyze the information we’re collecting,” and maybe connect all of this information to the patient’s EMR.

Marvel’s work, says Vice Dean David Hellmann, M.D., underscores the point that “all of the biomedical wizardry needed to save people’s lives goes to naught if they don’t take their medicine and change their behavior.”

As physicians, Marvel notes, “we really want to tap into people’s lives as physicians, and be a coach to them – they have to self-manage and do all the work, but they need our help and expertise” for daily vigilance. “We need to be there for our patients in advance, so we will have more impact and be of greater help to them after they leave us.”