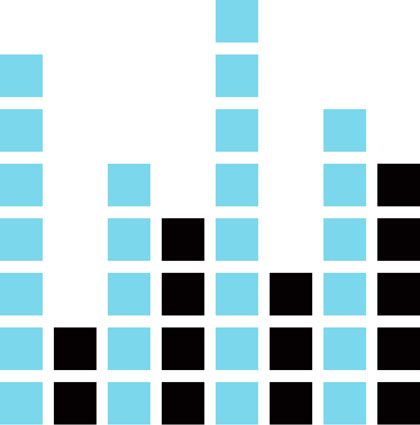 This is a story of a neglected disease, several bad health policy decisions, some good science, collaboration and outside-the-box thinking, and an insight that may make a huge difference for African Americans at risk of chronic kidney disease. In short, it’s the kind of innovative medicine we love at the CIM.

What is Sickle Cell Trait?

Sickle cell trait (SCT) is not the same thing as sickle cell disease, and won’t ever turn into that much more serious condition. It is inherited, affecting about one out of every 12 African Americans and one out of every hundred Latinos; it can occur in people of other races, as well, but not nearly as commonly.

However, when the body is stressed – from low oxygen, which could happen with strenuous exercise; or high altitudes; higher atmospheric pressure, the kind scuba divers experience; or dehydration – the normal-shaped hemoglobin can morph into the sickle-shaped cells in some parts of the body. These cells are more likely to logjam in tissues and organs, and to disrupt the supply of oxygen there; these clots can result in complications in the lungs, kidneys, blood vessels, and elsewhere.

Long, long ago, sickle cell trait (SCT) evolved as a beneficial thing in parts of the world plagued by a very bad thing: disease-bearing mosquitos. This inherited trait (see side story) caused a mutation in the genes for hemoglobin, the molecule in the red blood cells that carries oxygen. The change, generally subtle, was enough to protect the body from malaria.

Science has swung back and forth on the importance of SCT as a health risk. Nearly half a century ago, SCT was a cause of discrimination for African Americans, affecting employment, health insurance, even marriage policies, says hematologist Rakhi Naik, M.D. Then for a decade or so, SCT faded out of the limelight, taking a back seat to other conditions. It bounced back into the public radar in the 1970s, when four people who died during rigorous military training turned out to have the trait. Worried about the risk of sudden death during extreme exertion, as experienced in boot camp, the U.S. Army began screening everyone for SCT. “In the 1980s, that stopped,” says Naik, “because of lack of good data. They had the suspicion that SCT increased the risk of sudden death, but no real scientific proof” that people with this particular set of genes were any more at risk than anyone else. Instead, the military changed its training protocol across the board, making sure everybody received better monitoring and care, better hydration to avoid heat-related illness, and longer recovery time after strenuous drills. The SCT policy world was fairly quiet until 2010, when a 19-year-old NCAA Division I football player at Rice University in Houston died after doing sprints. Autopsy results suggested that SCT might have been to blame for the cause of death, acute exertional rhabdomyolysis (muscle breakdown).

“Knowledge is power, and we need evidence-based decisions instead of what’s happening now, which is making blanket policies with no data.”

It turned out that this young man wasn’t alone. Between 2000 and 2013, as many as 10 Division I college football players who died suddenly after hard workouts turned out to have SCT. In response, the NCAA instituted mandatory SCT screening for all incoming student athletes – a move to which several medical groups objected, calling the policy “medically groundless, perhaps even dangerous,” and “focused more on protecting the NCAA from legal liability than protecting the health of student athletes.” The American Society of Hematology proposed a Universal Precautions-type plan similar to what the Army was doing – preventive interventions, such as rest, hydration, heat acclimation, and monitoring, for everybody. The NCAA’s policy, says Naik, is partly responsible for a resurgence of scientific interest in SCT – mainly because it “was another policy made without any data.”

Naik became interested in SCT while she was earning her Master’s of Public Health degree at the Bloomberg School of Public Health. With the encouragement of Sophie Lanzkron, M.D., director of the Johns Hopkins Sickle Cell Center for Adults, she began exploring some of the huge, ongoing population study groups of people with SCT being followed by the National Institutes of Health – some for 30 years or more. Naik noticed that one health problem, in particular, kept popping up: kidney disease. This was not necessarily new – again, there were policies based on it – and some organ donor programs rejected the kidneys of people with SCT. And again, “these policies were based on just a hunch, not on real data,” Naik says.

Naik notes that as a young researcher, she wouldn’t have gotten nearly as far as she has without the mentorship and support of other investigators, in different disciplines. Two of them were rheumatologist James G. Wilson, head of the Genetics Committee of the University of Mississippi’s Jackson Heart Cohort, a large study of cardiovascular disease among African Americans; and Alex Reiner, a genetic epidemiologist at the University of Washington. Gradually a research project took shape that has led, most recently, to the publication of an article in the Journal of the American Medical Association (JAMA), with Naik as first author.

In this important study of nearly 16,000 African Americans with and without SCT, Naik, Wilson, Reiner, Lanzkron, and colleagues found a higher risk of chronic kidney disease in people with SCT. “Everybody has understood that African Americans have a greater frequency of renal disease, and nobody has understood why,” says Vice Dean David Hellmann, M.D., Director of the CIM. “What Rakhi just published in JAMA is a whole new concept that sickle cell trait is not necessarily a benign disease, and that it is a powerful predictor of developing kidney disease.” Stresses, such as insufficient oxygen, undoubtedly play a role. “So someone with SCT goes up 15,000 feet in an airplane, or gets operated on and develops pneumonia or hypoxia: these sickle trait cells can change shape and ‘sickle’ to some degree.”

And in the kidney, these sickle trait cells may do some things that lead to repetitive small injuries to the organ – and this may lead to kidney disease over time.

Naik is collaborating with a handful of investigators at several institutions to determine “the next steps,” she says, “answering this question of whether kidney donors and recipients have problems with sickle trait, and whether or not SCT is associated with other outcomes, such as stroke and heart disease. All of these are speculative. Resolving these questions actually helps us – in terms of not making policies that are not based on data – figure out what we can do about it. This has been a neglected field.” She hopes that this research can determine some smart guidelines on how best to follow people with SCT over time.

“Knowledge is power, and we need evidence-based decisions,” she adds, “instead of what’s happening now, which is making blanket policies with no data. It will be much better once we have the actual evidence – such as whether someone is at an increased risk or a moderate risk, and which markers we can follow over time. As opposed to general panic and the extreme, ‘Let’s test everybody.’”