Grace in the Secular World of Medicine 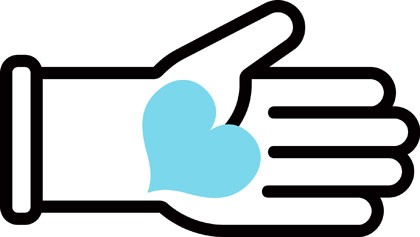 The sweetness of Tom Duffy’s return to Johns Hopkins, to deliver the 12th Annual Miller Lecture, is something to be savored on many levels. Our Miller Lecture, established at Johns Hopkins Bayview through the generosity of the Miller family, celebrates the qualities that make for an excellent clinician – the humanism and compassion, the diagnostic delicacy and craftsmanship – that haven’t traditionally been celebrated at academic medical centers.

But wait: Duffy is a Yale man; in fact, he’s Professor Emeritus of Internal Medicine and Hematology at Yale University School of Medicine. That’s because Yale was lucky enough to snatch him up 40 years ago – after Hopkins let him go “because he was ‘only a clinician,’” says David B. Hellmann, M.D., Aliki Perroti Professor of Medicine, Vice Dean of Johns Hopkins Bayview Medical Center and Director of the CIM. “One of the greatest clinicians in the world. We are absolutely delighted that he agreed to come back for the Miller Lecture and the induction of the 2015 members of the Miller-Coulson Academy of Clinical Excellence, which celebrates master clinicians.”

“No one had a hint of real service. They were learning from their patients and generating new knowledge and publishing new textbooks. I’m not condemning; I understand them. But it was a culture that was remarkably late in understanding that physicians lead a life beyond the ordinary.”

Duffy’s return highlights the sea change in the recognition and valuing of clinical excellence at Johns Hopkins. Now, our Miller-Coulson Academy, an initiative of the Center for Innovative Medicine, is leading the way in academic medicine, inspiring similar initiatives and rigorous portfolio systems by which clinical performance can be evaluated at other institutions.

The topic of Duffy’s lecture? Grace.

Duffy has many fond memories of his training at Hopkins and of the outstanding clinicians he knew – legends such as A. McGehee Harvey, Philip Tumulty, Ben Baker, and Mason Lord, who taught him physical diagnosis at Baltimore City Hospital (now Johns Hopkins Bayview) and whose name adorns the building that houses our Department of Medicine. These doctors epitomize the Hopkins tradition of clinical excellence “that is part of its very fiber.”

But Duffy, who is also a medical historian, notes the divergent legacies of two of the original “Big Four” founding faculty of Johns Hopkins Hospital when it opened back in 1889. One of them is no stranger to readers of Breakthrough and friends of the CIM: Sir William Osler, the first Professor of Medicine at Hopkins, whose clinical teachings and observations remain true and profound today. The other was William Welch, a pathologist and brilliant scientist who studied in some of the greatest universities in Europe; he started the first postgraduate program for physicians in America, and his own notable trainees included Simon Flexner, Walter Reed, and two who would become Nobel Laureates, Peyton Rous and George Whipple.

Welch was the “ringleader,” Duffy notes, of a circle of early Hopkins faculty who were “enchanted by the German biomedical model of education.” What they were so enamoured of is contained in a book by a Prussian-born surgeon, Theodor Billroth. When the book, The Medical Sciences in the German Universities, was translated into English in 1924, Welch wrote an introduction. “The book is astonishing,” comments Duffy; among its other qualities, it is highly anti-Semitic. “When it was published in Vienna, there were riots. There are statements to the effect that patients should relate to their doctors the way a servant does to his master. The book is heavy on ideas and knowledge. There is no hint of ideals.” In embracing Billroth and German-style medical education, the medical profession in America “set forth on a journey of garnering knowledge, but never the recognition that a life in medicine is one of service.” More on this in a minute.

Duffy credits the tradition of clinical excellence at Hopkins to the other philosophical branch – the work of Osler, “his extended influence on many people, his words, his writings. I believe that he inhabits the air of Hopkins; he always did for me.” The clinicians who taught Duffy carried on the “sacred responsibility” of Osler’s clinical excellence. “The tradition doesn’t just happen on a Tuesday or Wednesday; it takes a heritage that is capitalized upon and that people continue to be excited by and about. Medicine is an oral tradition. It’s passed on, as emblazoned in the Hippocratic oath.”

At the same time, not sufficiently valuing clinical excellence in and of itself is a problem endemic in academic medicine everywhere. “It’s a very constant refrain.” At a medical meeting several years ago, Ken Ludmerer – Pulitzer Prize-nominated medical historian, professor of history and of biostatics at Washington University in St. Louis, and longtime friend of the CIM – made a comment that stuck with Duffy. “He said that there were a remarkably large number, a laudatory number of (faculty) chairs at his institution, and not a single one was occupied by a clinician. And then he said, ‘Not only is that unfair, that is unethical.’”

Duffy points out that the real currency at academic medical centers is the generation of new knowledge, “which in our world is usually lab-based. I think the mistake that institutions make is that clinical excellence does not compete with scientific excellence. My prejudice is that they are synergistic with one another.”

“People think I’m naïve, that my conception of medicine as the richest life that any human being can live – if they choose it for the right reasons – is naïve.”

But clinical excellence, Duffy believes, by itself is not enough. And this leads us back to service, and grace, and the focus of Duffy’s talk. “One has to understand where fulfillment is,” he says. “What constitutes grace in the everyday life of a physician? I believe that it is in encountering patients, and caring for them. I’m never going to win a Nobel Prize, but I have repeated moments of grace as a result of my life in caring for other human beings,” in responding to the call of others. “People think I’m naïve, that my conception of medicine as the richest life that any human being can live – if they choose it for the right reasons – is naïve. These days, many of the wrong reasons are leading people to be very unhappy in the profession,” and society is unhappy with medicine, too. “Isn’t it strange that at a time when medicine can do so much, when medicine is at the zenith of its scientific and intellectual knowledge, that things fall apart? That old center is not holding.”

Duffy recently re-read The Immortal Life of Henrietta Lacks. Lacks was an impoverished tobacco farmer and patient on the “colored” ward of Johns Hopkins Hospital in the 1950s. Her cells were taken without her knowledge, cloned and used in developing the polio vaccine, gene mapping, in vitro fertilization (IVF), and many other projects, for which she received not a dime. “I knew all of the players – Richard TeLinde, Georgeanna Seegar Jones and Howard Jones,” pioneers of IVF. “These were the Southern gentlemen and gentleladies that I respected and wanted to grow up as. But no one had a hint of real service. They were learning from their patients and generating new knowledge and publishing new textbooks. I’m not condemning; I understand them. But it was a culture that was remarkably late in understanding that physicians lead a life beyond the ordinary.”

Grace is usually talked of in a theological context. So, “where is the secular equivalent?” It is in the act of reaching outside oneself. In his lecture, Duffy moves into the profound thoughts of philosophers, including the French mystic, Simone Weil, who described grace as occurring when one human being looks with loving tenderness upon another. He talks about another French philosopher, the Jewish scholar, Emmanuel Levinas, who said that nowhere is this grace more evident than when a human being looks upon the other who is suffering and dying. “In every patient encounter, there is a reciprocity that results in the gracing of the physician in fulfilling the call of the other.”

Clinical excellence – and scientific achievement, for that matter – are the means to a greater end, Duffy says. Not the end in themselves. “I think we don’t educate our young people properly. We educate them to believe that their fulfillment in medicine is purely intellectual. They do not capitalize on the richness, the joy that comes with acknowledging this solar battery that is available to them. They are looking for fulfillment in the wrong place.”

But fulfillment can be found in the gift of grace, and this comes in “responding to the call of others and giving ourselves and our knowledge.” It happens, or it ought to happen, when the physician reaches outside the self toward another. The simple act of raising the stethoscope is just the beginning.