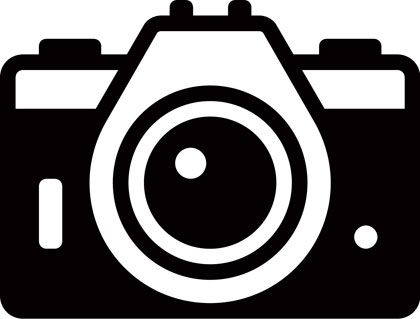 Michelangelo nailed it, of course. His “Creation of Adam” on the ceiling of the Vatican’s Sistine Chapel captures the ultimate action shot – that first spark of life. But for most of us, armed with a camera instead of a paintbrush, it’s not that easy to capture a special moment. It’s especially tricky in the world of medicine, where some of the events we see are heartbreaking, and some are breathtaking, and all of them are fleeting. This kind of moment-capturing is impossible to manufacture; you can’t make it happen – think of any staged photos you’ve seen in medical ads and slick annual reports. No, for us non-Michelangelos attempting to freeze-frame an encounter, the best we can hope for is that we’ll have the wit to recognize it and the presence of mind to click the shutter in time.

Sheldon Gottlieb, M.D., has both in spades. He’s been taking pictures since he was a kid, and has learned how to anticipate when a moment is about to happen. On top of that, he is a gifted clinician, a cardiologist who knows what good teaching is, how doctors are supposed to talk to patients and how to listen to them, and how to tell when the message is getting across. In 2010, David Hellmann, M.D., Director of the CIM, gave him an unusual challenge: He asked Gottlieb to illustrate, photographically, the process of caring.

“He really did capture people at the magic moment, and what’s behind the skin leaps out.”

“What was special about this opportunity was that David didn’t tell me what to do or how to do it,” says Gottlieb. So the first thing he needed to do was “figure out exactly what caring was. You know it when you see it, but what is it, really? I spent a lot of time reading about caring, and then I began carrying my camera around in the hospital, and asking permission to take pictures. I tried to capture that special moment where people really interact with each other – that decisive moment when people connect, or that special thing happens that’s never going to happen again.”

As he started watching the countless interactions that went on around him, Gottlieb says, he started to notice things: that “some of the house staff have a way of connecting with the patient,” for example. “They really go eye to eye, and you can see that special spark of recognition, the electricity flowing between two people. In other cases, it’s just not there.

“When you start to see with your photographer’s eye,” he continues, “you see these moments and think, ‘That was a picture,’ if you don’t have your camera. If you do have a camera, you’ve got a split second. If you’re there and you’re ready, you can catch it.”

“It’s the sort of thing you can’t walk past without thinking, ‘Wait a minute, I’ve got to look at these.’ This is dramatic, in an extremely human way.”

Gottlieb took pictures for many months, and then showed Hellmann a portfolio of what he had done. Hellmann, in turn, put Gottlieb in touch with Michael Linehan, the architect at the Bloomberg School of Public Health, so that they could create a long-term exhibit, a Gallery of Caring, now on display in the foyer outside the Department of Medicine on the third floor of the Mason F. Lord Building. “It’s almost like they created a sacred space,” says Gottlieb. “You come out of the elevator, make a left, go through double doors, and there is this big, empty space.”

Some large corporations produce booklets or brochures to show the world that they are responsible citizens, Gottlieb notes. “This is kind of a corporate responsibility statement. It’s more than just demonstrating caring. It’s showing how the Department of Medicine itself is dedicated to that concept.”

“This is kind of a corporate responsibility statement. It’s more than just demonstrating caring. It’s showing how the Department of Medicine itself is dedicated to that concept.”

Linehan’s touches to the exhibit are many. He cropped the pictures and printed them with similar tones, all black and white, so that an observer could move from one to the next seamlessly. “I think the thing for me,” he says, “although the title of the exhibit is Caring, as I began to work on them, the pictures struck me in a different way. Not that they didn’t exhibit caring, but “memento mori” (Latin for “remember that you have to die”) – pictures of people who realize that they are coming close to the end of their lives, and you can see in their faces their reaction to that understanding that they’re about to walk through the door. When you are reacting to photographs, you have no idea what they’re really thinking; you always read some of your own preconceptions into it. But that’s a legitimate thing to do. For me, I saw people thinking about that, and some of them were obviously afraid, some were putting on a brave face, and some were displaying their acceptance of the situation, and expressing faith,” with empathetic doctors and nurses in the background.

“He really did capture people at the magic moment, and what’s behind the skin leaps out,” Linehan says. “When you see them all together, I think they’re quite powerful. It’s the sort of thing you can’t walk past without thinking, ‘Wait a minute, I’ve got to look at these.’ This is dramatic, in an extremely human way.”

Because Linehan wanted to make the exhibit as interactive as possible, he did not hang the pictures on the walls. Instead, he put them smack in the middle of the space, on tables. They are tilted toward the viewer at a 45-degree angle, about four feet off the ground, two images per table. “The pictures are not easy to breeze past. They are very much in your personal space; they’re right there, somehow more confrontational than they would be on the wall. To see a photograph that size – two feet by four feet – on the wall, you would have to stand back to take it all in. But these you’re able to walk up to a little more closely. You don’t have to step back. Clearly these images are not part of the background.”

In putting the exhibit together, Linehan says, he “just reacted to each thing the way I saw it.” The sum total of the pictures “really kind of got to me. It was an emotional experience just to do the design work, and that’s a real tribute to Sheldon. It takes a particularly good photographer to do that.”

The exhibit is open to the public. All are welcome to come and view it.