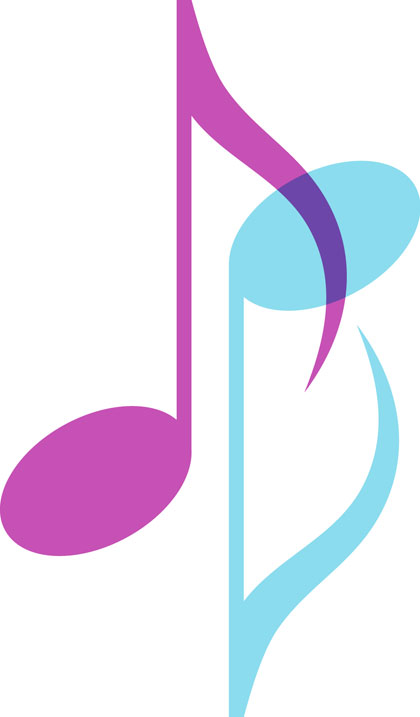 What is joy? It’s not cheerfulness, or even happiness. No, joy isn’t dependent on circumstances; in fact, true joy can be present in the face of grief, or pain, or disappointment. Joy is a deep, abiding thing. It overcomes; it even triumphs.

For nearly 200 years, since Ludwig van Beethoven composed it in 1824, joy has had a melody: It’s the last movement of his Ninth symphony, which features singers soaring to reach impossibly high notes and a powerful melody that has come to represent joy, and greatness that overcomes, to people around the world. The last movement of the Ninth, also known as the Ode to Joy, transcends cultures. Protestors played it over loudspeakers at Tiananmen Square during the bloody demonstrations of 1989. It blared from the rooftops again in 1989, half a world away, when reunited East and West Germans danced together at the fall of the Berlin Wall. In Japan, the Ninth is associated with the freedom and new hope experienced when those held in prison camps were released after World War II; thousands of Japanese gather every December 9th to sing along with the melody. To Christians, it’s a beloved hymn, whose lyrics include the phrase, “Joyful music leads us sunward in the triumph song of life.”

It’s also our official anthem here at the Center for Innovative Medicine, and the music has more to do with medicine than you might think.

“It’s the ultimate collaborative work, and it’s also an anthem of freedom – from constraint, systems, oppression. The CIM is not exactly fighting tanks, but metaphorically it is doing things that are different in health care from anybody else out there.”

How this came to be is a story that involves five key players. It started with David Hellmann, who has always been inspired by the Ninth. “In the Fourth Movement, there is one part that really speaks to me,” he says. “I play it over and over. It begins with a beautiful melody, played softly on the cello. Then it is played on the viola, and then even louder on the violin. Then the entire orchestra plays this melody – which is now familiar, but it’s also strikingly new, and beautiful in a new way because it is being played by everyone.” Hellmann sees this as a metaphor for what he hopes the CIM will accomplish. “Our goal is to do for medicine what Beethoven did for music.”

One day in late 2014, philanthropist Stephanie Cooper Greenberg, the head of our International Advisory Board, happened to be outside Hellmann’s office when he was playing it. “He said, ‘Hold on a second, I want you to listen to something.’ It was the Ode to Joy,” she recalls. Hellmann told her how he felt it captured the CIM’s mission. Intrigued, Greenberg did some research on the Ninth, “to see why it mattered so much, why it was the adopted anthem.” Then she came across a trailer for a new documentary film called Following the Ninth: In the Footsteps of Beethoven’s Final Symphony, written and directed by Kerry Candaele, and filmed on five continents and in 12 countries. The film followed people whose lives have been “transformed, repaired and healed by the movie’s message,” she says. “I clicked on this trailer and was totally blown away. It was everything that David Hellmann spoke of, and it became very apparent why he believes Ode to Joy represents the CIM. It’s the ultimate collaborative work, and it’s also an anthem of freedom – from constraint, systems, oppression. The CIM is not exactly fighting tanks, but metaphorically it is doing things that are different in health care from anybody else out there.” More than that, she realized the music’s enduring, life-changing significance to so many people.

Greenberg clicked on a hyperlink for those who were interested in screening the film, which had not yet been widely released. She sent a brief message by e-mail. Not too long afterward, “the phone rings, and it’s the filmmaker. Oh, my gosh! I was pretty much babbling through the conversation.” It turns out that Kerry Candaele, the third person in our story, is also a musicologist and teacher in addition to being a noted filmmaker. “He was so captivated by the Ninth that he created this film to document the trajectory of this piece of music. He was kind enough to send me the whole film.” Greenberg loved it; Hellmann loved it. They decided to hold a special screening, sponsored by the CIM, at Johns Hopkins Bayview. “That’s how it came to be. It was purely serendipitous.”

“Beethoven was never one to take the easy path. Instead, he took all of the things that should have made him weak, and found the strength to create beauty.”

The timing couldn’t have been better: at the Asthma and Allergy Center, after work on February 11, in the dregs of a cold, snowy Baltimore winter. The movie was shown to a packed auditorium in two parts. In between came the fourth key player in our story: Tom Hall, Director of the Baltimore Choral Arts Society. Greenberg had reached out to him, too, introducing herself and springing what she calls now “a ridiculous request, when I think about it: Can you explain Beethoven’s Ninth in 10 minutes? Why it’s relevant.” Hall agreed, and “he was really the star of the show.”

During his brief talk, Hall told the crowd that his own cancer had been cured at Johns Hopkins, and he “began weaving the narrative of the Ninth and the story of the music with how you can be doing something and it creates something else that’s bigger than you ever imagined. How the CIM does the same thing, doing very hard work, but at the end of the day, helping, inspiring, and lifting people up, promoting change in the right direction,” says Greenberg. “And all of a sudden, it becomes not about Beethoven, or Tiananmen Square; it becomes about what everyone in the room is there for. He unified the notion that the CIM is about all of us together. The audience totally got what it was all about – that if we do things together, we can be better, do more, and really change the way we practice medicine. Sometimes one thing comes along and defines something else that’s completely different. It helped define what was right there all along.”

Hellmann says, “it was a magical night. Many in the audience made a point of telling me afterward that they felt restored and renewed.”

“Within every person, no matter how difficult the disease might be, there is the potential to embrace joy.”

But the story would be incomplete without the fifth person, and that is Beethoven himself. Beethoven, despite a legacy of composing some of the world’s greatest music, did not have a very happy life. He had family troubles, money worries, and more stress than most of us could handle gracefully; his own temperament tended to be difficult, and on top of everything, he had health problems, chronic abdominal pain and digestive illness, and degenerative hearing loss that led to deafness.

The options for Beethoven were the same that many of us face: He could have decided, with some justification, that he’d been given more than anyone should have to bear. He could have withdrawn and given up on life, becoming increasingly bitter, self-pitying and defeated. But Beethoven was never one to take the easy path. Instead, he took all of the things that should have made him weak, and found the strength to create beauty. He transcended his physical limitations, and achieved greatness. He overcame. “Beethoven hungered for this joy,” says Hellmann. “He captured it in his music, and it lives in us today.” In addition to everything else it does, “the Ninth reminds us, as caregivers, that within every person, no matter how difficult the disease might be, there is the potential to embrace joy.”