The Humanities: Critical to Tomorrow’s Doctors 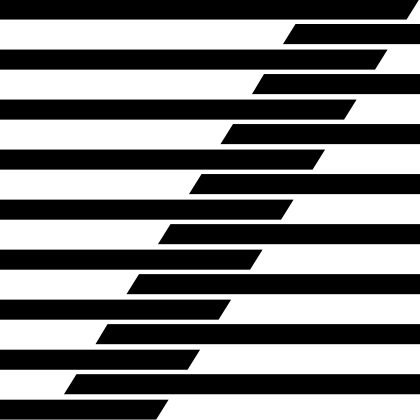 There was a time, not so long ago, when aspiring young doctors who enrolled as undergraduates at Johns Hopkins University had to be laser-focused on pursuing a traditional “pre-med” path: coursework in biology, chemistry and other hard sciences.

That academic landscape has changed in recent years, and internist Jeremy Greene, a driving force behind that change at Johns Hopkins, couldn’t be more heartened. A new undergraduate major that launched in 2015 — Medicine, Science and the Humanities (MSH) — has quickly become the fastest-growing major at Hopkins’ Krieger School of Arts and Sciences, with more than 100 students currently enrolled.

“At this moment in time, there is increasing recognition that we cannot think of health and medicine in American society as something that can be explained by the biological sciences alone,” says Greene, the Jacobs and Rosenthal Family CIM Scholar, who is chair of the new major. “The increased recognition over the past year that we are living through a dual pandemic — of COVID-19 and structural racism — has underscored for many pre-med and medical students the vital role that humanities and the social sciences must play in the training of what it takes to become a good doctor who can think critically and be an effective advocate for patients and for the communities they serve.”
This changing landscape is not confined to Johns Hopkins.

Greene recently worked with the Association of American Medical Colleges (AAMC) on a monograph released last December: The Fundamental Role of the Arts and Humanities in Medical Education. For medical school leaders across the country, the monograph provides an in-depth overview of the role that arts and humanities play in educating a physician workforce to meet 21st-century health care needs, including enhancing the patient experience, improving population health, reducing costs and promoting clinician well-being.

This broadening within medical education — coupled with a reformulation of the MCAT (medical college admission test) in 2015 to begin measuring students’ preparation in behavioral and social determinants of health and well-being — “sends a clear message to pre-med and medical students that humanities, the social sciences and critical analysis are a vital part of what it means to be a physician today,” says Greene, who himself is the embodiment of a Renaissance man.

In addition to seeing patients each week at the East Baltimore Medical Center, Greene directs the Institute of the History of Medicine, is founding director of Hopkins’ Center for Medical Humanities and Social Medicine, and is the author of several books, including Generic: The Unbranding of Modern Medicine. His newest book, tentatively titled The Anywhere Clinic: How Health Became Electronic, is due out next summer from University of Chicago Press.

“Students are looking at the world around them,” says Greene, “and they are demanding an approach to medical education that takes into account the broader structural problems facing our society and the tools that physicians will need to be sensitive to the way these problems impact the patients in front of them.”

“Students are looking at the world around them, and they are demanding an approach to medical education that takes into account the broader structural problems facing our society and the tools that physicians will need to be sensitive to the way these problems impact the patients in front of them.” – Jeremy Greene

Consider the example of Javier Jurado Vélez, who graduated from Johns Hopkins University last May after designing his own academic path within the MSH major. Vélez is now enrolled in medical school at the University of Alabama.

“What I’m taking away from the program is an interdisciplinary mindset, in order to connect different areas of thought,” says Vélez. One concrete way that might play out, he says: “I’ve always thought about the idea of making a community center, either within my own private clinic or wherever I’m working — just an open area for people in the community to hang out, talk with each other, have lectures or rent the space if they want to,” he says. “That way they can come into the clinic outside of illnesses and hopefully have a more positive experience.”

Greene directs the new major alongside with anthropologist Nicole Labruto and a host of committed faculty members from a wide range of humanities and social sciences departments. This fall semester, Greene has been co-teaching an introductory course with Bernadette Wegenstein, director of the Center for Advanced Media Studies, and Annette Porter, the director of the JHU/MICA Film Center, on Science, Medicine and Media. That class, which included examining misinformation around COVID-19, gave students theoretical tools to critically assess the technologies that inform our knowledge of health, as well as hands-on experience with filmmaking and multimedia production.

“The first week of classes,” says Greene, “I looked around the lecture hall full of freshmen and sophomores and it was so exciting to see a group of students at the beginning of their undergraduate studies who are so broadly open to a synthesis between their training in the sciences and their studies in the humanities.”