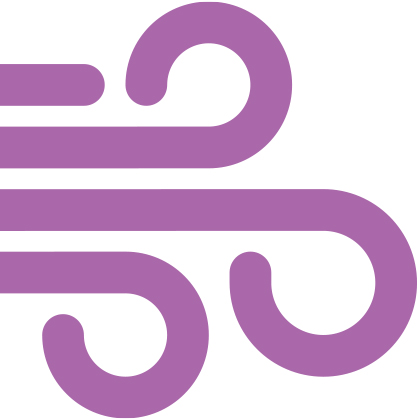 Foods that are rich in omega-3 polyunsaturated fatty acid — such as broiled salmon or oatmeal sprinkled with flax seeds and walnuts — are not only delicious: They may also help those suffering from chronic obstructive pulmonary disease (COPD) to breathe easier.

Chronic obstructive pulmonary disease affects more than 15 million people and is a leading cause of death in the United States. The prevalence of COPD is nearly double among individuals with household income below the poverty level. In 2020, the total economic burden of COPD in the United States was estimated at nearly $50 billion.

That’s the hypothesis being tested by Johns Hopkins pulmonologist Nadia Hansel, whose team is pushing to improve the lives of people with COPD who live in disadvantaged communities — neighborhoods where food insecurity is an issue and indoor and outdoor air pollution exacerbate respiratory problems.

“We’re really excited about this new study that we are embarking upon,” says Hansel, the CIM Lavinia Currier Scholar. “Think about it: There are diets for cardiovascular disease and diabetes and even kidney disease. But when it comes to lung disease, no one really talks about a dietary intervention.”

“Think about it: There are diets for cardiovascular disease and diabetes and even kidney disease. But when it comes to lung disease, no one really talks about a dietary intervention.” – Nadia Hansel

Hansel’s new research study, which involves 200 people with moderate to severe COPD living in urban Baltimore, is informed by important earlier work. One project, which followed 112 participants with COPD living in the Baltimore area, found that those with higher intake of omega-3-rich foods  had fewer respiratory flare-ups and “a trend toward higher lung function,” she notes. Another of her studies, published in June 2019, focused on school-age children with asthma who live in urban Baltimore. That project included placing sensors in participants’ homes to measure levels of indoor particulate matter. “We found that higher omega-3 intake was associated with diminished harmful effect of indoor air pollution exposure on the children’s respiratory symptoms,” says Hansel, who is director of the Division of Pulmonary and Critical Care Medicine.

But gaining access to foods with omega-3 is challenging for many people living in under-resourced communities. “We’ve found that low-income individuals with COPD often have diets well below the recommended levels of omega-3, and there are several reasons for that,” says Hansel, the David Marine Professor of Medicine. “People often live far from grocery stores that offer fresh, healthy foods that are rich in omega-3, and these items tend to be more expensive, which can be prohibitive. There’s also personal food preference, and there may be some unfamiliarity with preparing healthful foods.”

“It really is a shift in the paradigm to think that healthier eating can impact inflammatory lung diseases such as COPD or asthma.” – Nadia Hansel

To overcome those obstacles, in this latest study, Hansel and her team will be providing $50 weekly vouchers to Amazon Fresh. “These groceries will be delivered directly to their door each week,” she says — particularly helpful for COPD sufferers, who often are homebound.

Participants in one arm of the randomized study will receive vouchers for foods that are rich in omega-3, as well as personalized counseling from a dietary health coach who will offer culturally informed education around nutrition and food preparation. Participants in the other arm of the study will receive $50 vouchers for food of their choice. They will receive phone calls with nutrition information that is more generally available, without it being personalized.

To measure levels of indoor air pollution, Hansel and her team will use low-cost sensors that have been shown to be very accurate in measuring indoor particulate matter (as well as carbon dioxide concentration) over several months. The scientists will measure participants’ respiratory health through blood and urine tests, questionnaires, and exercise tests.

Once the 12-week study is complete, the team will follow up with participants over three more months to see how well they sustain healthy eating after the food vouchers end. And the scientists will conduct informal interviews to find out ways in which the nutritional counseling was effective or could be improved. “The goal is to develop an intervention that can be successfully sustained once the study period is over,” says Hansel, who is associate dean of research at Johns Hopkins Bayview Medical Center.

Dietary solutions could be a real game-changer, she believes.

“Our hope is that we can ultimately provide a framework for dietary interventions that could be used to combat other chronic conditions that disproportionately impact low-income communities.”