Putting the Person in Personalized Med 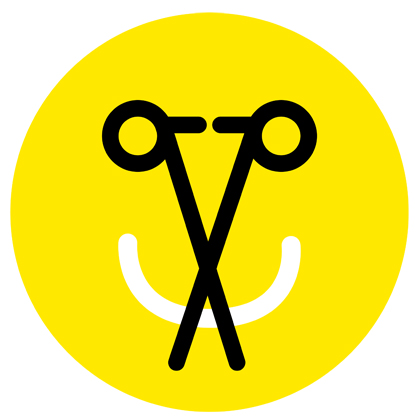 Those lyrics from Aretha Franklin’s 1967 hit song undoubtedly resonate with Johns Hopkins internist Mary Catherine Beach. She has devoted much of her 25-year career in medicine to doing just that: investigating how respect and communication play out between patients and clinicians, with the goal of improving care for each patient.

Her work is poised to take a giant leap forward with the CIM’s ambitious new plans to stimulate the creation of an Institute for Humanizing Medicine. Beach and CIM Scholar and Senior Associate Dean Cynthia Rand are leading this CIM initiative. The new institute will unite researchers from campuses, disciplines and divisions across Johns Hopkins University in a far-reaching and systematic effort to better equip clinicians to know their patients as unique individuals.

“Everyone would agree that all patients need to be treated with respect,” says Beach, who holds a joint appointment with Johns Hopkins’ Berman Institute of Bioethics. “But we’re not taking this seriously enough if we don’t have an entity within Johns Hopkins that is addressing this from a tripartite perspective: through rigorous scholarship in education, research and patient care.”

“An Institute for Humanizing Medicine can help Johns Hopkins become as famous for its care as it is for its science,” says CIM Director David Hellmann. “To do that, we will be taking an ‘all in’ approach, drawing in nurses, chaplains, doctors, administrators, medical coordinators and more — from all campuses and for all patients, including outpatients.”

The work of the new institute will be particularly valuable for advancing a patient-centered approach among researchers and clinicians associated with the Johns Hopkins Precision Medicine Centers of Excellence, through which multidisciplinary teams across Johns Hopkins are harnessing the power of big data to improve clinical care for a rapidly growing number of illnesses and conditions.

Small Acts, Outsized Impact
In Beach’s own award-winning research — which has focused on patients in the primary care setting who are being treated for HIV, substance use disorder and sickle cell disease — she has found that it’s the small acts that can make an outsized impact on patients feeling respected by their clinicians.

“We often think of ethics within medicine around big concepts like informed consent, but I have learned that for most patients, respect is a series of micro-events throughout the course of a day that add up,” she says. “Do we, as doctors, apologize if our patient has had to wait 90 minutes to be seen? That’s so important in recognizing that their time matters. Or does someone on the ICU team take a few minutes to brush the patient’s hair, so that family members can be reassured that their loved one looks like themselves? That’s a small act that recognizes that patient as an individual.”

“It’s so important to get diverse perspectives from patients on what respect means to them. If you’ve never been dismissed or not believed, then you’re not going to embed that in a definition of respect.” – Mary Catherine Beach

Another dominant theme that has come up in Beach’s work with patient focus groups: Among African-American men and women, many expressed the need to have their health problems taken seriously, she says, “to be believed, and listened to, and not to have their concerns dismissed.” A concurrent study that Beach conducted, which examined patient health records, bore out their frustration. “Our analysis of medical record language suggests Black patients are less likely to be believed by physicians,” she says.

Working with a linguist and a computer scientist, she and her team identified three aspects of language in clinic notes by which physicians communicate disbelief of patients:
• Quotation marks around patients’ words (e.g., had a “reaction” to the medication)
• Specific judgment words that suggest doubt (e.g., “claims” or “insists”)
• Evidentials, a sentence construction in which patients’ symptoms or experiences are reported as hearsay

“It’s so important to get diverse perspectives from patients on what respect means to them. If you’ve never been dismissed or not believed, then you’re not going to embed that in a definition of respect. As academics, we tend to be respected. The theory needs to be grounded in the experiences of many people,” notes Beach, who intends to further pursue this line of research through the Institute for Humanizing Medicine.

Navigating Uncertainty
Taking the time and asking the right questions to get to the bottom of a patient’s story — where they live and who they live with, the stresses inherent to their job (or joblessness), their financial situation, their ability to access healthy foods and get exercise — are crucial to arriving at an accurate diagnosis and providing the most effective treatment, says Brian Garibaldi, the Douglas Carroll, MD, CIM Scholar, whose ongoing research into bedside care will also be furthered under the new institute.

Garibaldi, recent co-president of the Society of Bedside Medicine, worked with Hopkins colleagues several years ago to craft a curriculum for medical trainees that has improved attitudes, confidence and skill among residents at The Johns Hopkins Hospital.

Taking the time and asking the right questions to get to the bottom of a patient’s story are crucial to arriving at an accurate diagnosis and providing the most effective treatment.

He has also championed the use of “point-of-care” (POC) ultrasound at the bedside with several Hopkins colleagues. “We’re finding this little gadget opens up communication between doctor and patient,” says Garibaldi. “We can point to fluid that’s accumulated and say, ‘This is what a sick heart looks like — this is why you have this symptom.’ Or, ‘Here is how you know that your medication is actually working.’ It engages patients in becoming more motivated to get better, and it allows medical residents to have eureka moments of shared discovery with their patients.”

Most recently, Garibaldi and colleagues published a study in the journal Chest that laid out recommendations for conducting an effective physical exam. Among them: Take a moment to pause and “center yourself” on the individual patient’s needs before going in to meet them. Also: Pursue a “hypothesis-driven” approach to the physical exam. “There are so many directions you can take with a physical exam. It’s really important to know the patient so that you can ask questions that help direct your diagnostic investigations,” he says.

The bottom line, says Garibaldi: “There is a lot of uncertainty in medicine, and much of the time, we need to help patients navigate through that uncertainty — to know what test to order next or what treatment to pursue. The only way we can do that well is if we establish a relationship with that person and know who that person is. I am absolutely in a better position to get to that shared decision-making sooner if I know my patient better. That is likely to translate into more efficient and cost-effective treatment. And most importantly, it allows us to get to the answer that is right for that individual person.”

“There is a lot of uncertainty in medicine, and much of the time, we need to help patients navigate through that uncertainty. The only way we can do that well is if we establish a relationship with that person and know who that person is.” – Brian Garibaldi

An Epicenter for Humanizing Medicine
In her vision for the new Institute for Humanizing Medicine, Beach draws a parallel to Johns Hopkins’ internationally renowned Armstrong Institute for Patient Safety and Quality, which was launched in 2011 with a $10 million gift from philanthropist C. Michael Armstrong. “Before the Armstrong Institute was established, few disagreed that patient safety was important, but there was no systematic program in place to measure patient safety and to define — and fix — preventable medical errors,” says Beach.

In a similar fashion, Beach, Rand, Hellmann and other Johns Hopkins leaders — notably Berman Institute Director Jeffrey Kahn and Jeanne Marie Clark, director of the Division of General Internal Medicine — see an opportunity for Johns Hopkins to become the international epicenter for research and scholarship that will better equip clinicians to humanize their approach to patient care.

“The Center for Innovative Medicine was founded with the mission of making medicine a better ‘public trust,’” says Hellmann.

“This new institute, which will bring together clinicians and researchers from medicine, nursing, public health and other areas across Johns Hopkins, will be critical to continuing to advance that mission.”