Intensive Primary Care: A ‘Win’ at Every Level 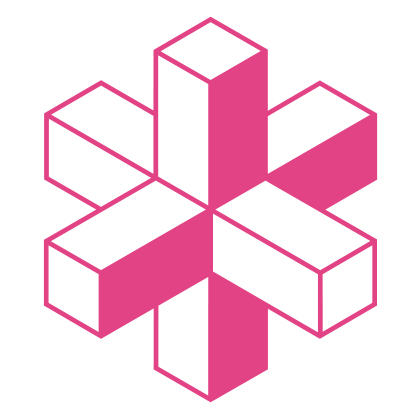 The concept of concierge medicine is gaining traction among Americans with financial means. Unhappy with long waits to see their doctor and hurried interactions once they do get an appointment, some well-off consumers are willing to pay more for a doctor who limits patient load in order to provide timely access and unhurried care.

Could the concierge approach also work for patients on the opposite end of the economic spectrum: patients living in disadvantaged communities, often with chronic health issues, who rely on costly emergency department visits – rather than primary care physicians – for their health care?

That’s the idea behind an innovative new model rolled out five years ago by Johns Hopkins internist Michael Albert and a clinical team at the East Baltimore Medical Center (EBMC), in collaboration with Priority Partners and Johns Hopkins Community Physicians (JHCP). Steve Kravet, a Miller Coulson CIM Scholar, is president of JHCP and an enthusiastic supporter of Albert’s innovation.

“We knew that the standard health care system was failing our sickest patients, who really struggle to engage in scheduled, time-limited primary care,” says Albert. “We were confident that if we could provide highly accessible primary care for these underserved patients, we could greatly improve their care and also save a lot of money by reducing costly overuse of the ER and uncoordinated hospital stays.”

Albert describes the approach as ambulatory intensive care or intensive primary care and notes that there are several key components:

Unlimited access to the team’s primary care provider: Patients in the program have direct, 24/7 access to a clinician (primary care doctor or nurse practitioner) and can text or call at any time of the day or night.

Unlimited length of appointments: Some health problems require more time to sort out than others, and when patients need that time, they get it. Medical assistant Sherell Byrd-Arthur keeps everyone organized.

Small patient panel: The team includes one primary care doctor, originally Laura Sander and now Bailey Miles, and one nurse practitioner, Kate Rediger. Each has a patient load of about 45 to 50 patients, as compared to 800–1,000 patients for other doctors at EBMC. (Among primary care doctors in suburban practices, patient loads typically number up to 1,500–2,000).

A community health specialist: The team includes a full-time community health worker, Brian Adams, who works with patients where they live to connect them to needed resources and to make sure they are taking their medication, following treatment plans and going to needed appointments.

A behavioral health therapist: Substance use disorders, depression/anxiety and other untreated mental health conditions, such as bipolar disorder,  count among the top barriers preventing these patients from better health outcomes. As a full-time behavioral therapist on the team, Laura Harding-Fukushima applies behavioral therapy techniques that incorporate “trauma-informed care” principles and mindfulness training, among other approaches. These help patients process past trauma and  adapt, as do all members of the team. “To treat a patient successfully is to understand how their life has shaped who they are,” says Albert.

“We’ve treated scores of patients whose lives were very chaotic, and little by little, thanks to the limitless work of our team, their lives have stabilized.” – Internist Michael Albert

The Priority Access Primary Care (PAPC) program, first established in November 2014 with about 90 patients, was a success from the very start. “The results,” says Albert, “have been very significant.”

Among patients enrolled in the program over the past five years, now numbering about 500, emergency department and hospitalization rates have dropped by nearly 60 percent.

That has saved insurer Priority Partners a significant amount of money – an estimated $11 million over predicted costs.

“It’s been a win at every level,” says Albert. “It’s really improved patient outcomes. We’ve treated scores of patients whose lives were very chaotic, and little by little, thanks to the limitless work of our team, their lives have stabilized.” And though there were upfront costs for Priority Partners to establish a large clinical team with a small patient load, the savings have far outweighed those additional expenses. “We’ve shown that this program saves more than 4.5 times its costs,” Albert notes.

While every aspect of the model is important, he points to the presence of a behavioral health therapist – and the team’s trauma-informed care approach – as being particularly crucial.

“The patients we’re treating have experienced high rates of childhood or adult trauma: physical, mental, emotional and/or sexual abuse; food and home instability; widespread drug use. There’s a reason they haven’t been able to stabilize. There’s a reason they haven’t picked up their medications from the pharmacy or come in for needed follow-up care. These are not deliberate choices on their part but instead are byproducts of their lives,” says Albert. “With this model, we have the time and bandwidth to ask: What has happened in a patient’s life that’s led to their current behavior? And how can we address those past and current traumas and help them adapt to get the health care they need?”

Among patients enrolled in the program over the past five years, emergency department and hospitalization rates have dropped by nearly 60 percent. That has saved insurer Priority Partners a significant amount of money – an estimated $11 million over predicted costs.

The dramatic success of the PAPC program at EBMC has prompted Johns Hopkins leaders to expand it. Last September, a team led by internal medicine division chief Scott Wright, the Anne G. and G. Thomas Miller Professor of Medicine, launched a similar model at Johns Hopkins Bayview Medical Center. So far, 120 patients have been enrolled.

“We focus on an older population: Medicare patients (those over 65). Our practice serves about 8,500 people, and we will be enrolling approximately 180 older patients who have medically complex health issues and who have been high utilizers of the Emergency Department and inpatient hospital care,” says Wright, the director of the Miller Coulson Academy of Clinical Excellence. The team at Johns Hopkins Bayview is slightly larger than the PAPC team, and includes a pharmacist and chaplain, in addition to specialists in primary care and behavioral and community health.

Already, Wright says, the model is making a difference: improving the quality of life of patients by giving them better control over their complicated illnesses, and saving money by reducing ED and hospital visits. “An additional benefit that can go unnoticed is the impact it’s having on the other doctors in our practice,” says Wright. “By shifting some of the sickest patients to this specialized team, it frees them up to provide more time, attention and ‘love’ to their other patients.”

Albert concurs and adds: “One of the big initiatives at Johns Hopkins right now is promoting joy in medicine, and I’ve seen firsthand that this model has brought tremendous joy to our team members.”

He goes on to explain, “Burnout is not just about working long hours – it’s about not being able to deliver the care you know patients need due to time and other constraints. With this model, our team members are finding balance. They are able to deliver the level of care they’ve always wanted to deliver, and this brings them joy.”