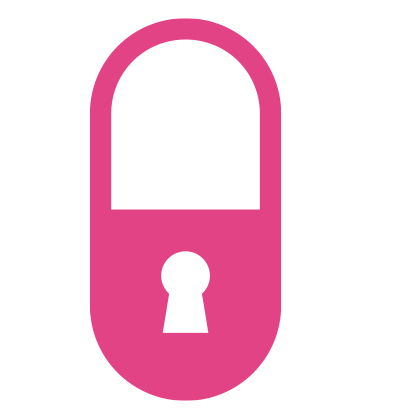 On a cold day last January, Johns Hopkins University President Ronald Daniels hopped in a car with Michael Fingerhood and began a three-hour tour of sites in East Baltimore. The two men visited places where the addiction specialist and his colleagues work daily to help local residents break the insidious hold of opioid use disorder.

“It’s a colossal effort but one we are truly committed to achieving.” That’s how CIM Director David Hellmann sums up CIM’s ambitious “5 in 10” Initiative.

“It really bothers us that if you live in poverty, you don’t live as long,” says Hellmann, who notes that the average life expectancy for Baltimore’s disadvantaged citizens is more than 20 years less than for more affluent Baltimoreans (61 years versus 84 years). CIM’s “5 in 10” initiative was created to increase life expectancy of underserved residents by at least five years over a decade.

Given the dramatic increase in mortality due to opioids in recent years, a major initial focus of “5 in 10” is to lower opioid-related deaths by 50 percent over five years.

Already, important headway is being made. Patients coming into the Emergency Departments at Johns Hopkins Bayview are now universally screened for substance use disorders and addiction – and then connected with a variety of resources, including peer recovery counselors, social workers and addiction treatment programs.

At Amazing Grace Church, the university president met 12 clients attending a Monday morning program for opioid treatment with buprenorphine (an under-the-tongue medication that blocks cravings for opioids). At Dee’s Place, a recovery and support center, President Daniels spoke with patients and staff members. Then it was off to the Comprehensive Care Practice at Johns Hopkins Bayview Medical Center, where over 650 individuals receive integrated primary care and treatment for opioid use disorder with buprenorphine. The final stop was the Emergency Department at Johns Hopkins Bayview, where every patient is now screened for substance use disorders, and addiction and peer recovery coaches are on hand to provide help and counsel, thanks in part to funding from the Center for Innovative Medicine.

“It was an amazing tour. President Daniels asked great questions. He talked with patients. He really wanted to understand what was going on in the community,” recalls Fingerhood, a member of the Miller Coulson Academy of Clinical Excellence.

Impressed with what he witnessed and with all the work that Fingerhood and his team have done over the past 25-plus years to build capacity for treating patients with opioid use disorder in Baltimore, President Daniels subsequently tapped him with an ambitious new charge: to lead a Johns Hopkins University -wide effort – involving researchers and clinicians at the schools of medicine, nursing and public health – to reduce opioid addiction in Baltimore.

The work, which will dovetail with the existing “5 in 10” initiative of the Center for Innovative Medicine, aims to reduce opioid-related deaths by 50 percent over five years in the hard-hit neighborhoods surrounding The Johns Hopkins Hospital and Johns Hopkins Bayview (see sidebar).

“In my proposal to President Daniels, I laid out a one-year timeline that is ultimately aimed at making buprenorphine available to all patients who need it,” says Fingerhood.

“We’ll also launch an education campaign to end the stigma surrounding opioid addiction and establish ‘bridge clinics’ that are open seven days a week, at both The Johns Hopkins Hospital and Johns Hopkins Bayview, to enable patients with opioid addiction to get the ongoing clinical care and support they need.”

“Rep. Trone in particular was very engaged, and we talked for a long time after his tour. He asked: ‘What more should we be doing at a governmental level to support this work?’” – Michael Fingerhood

It’s been an eventful year for Fingerhood, whose ties to Johns Hopkins date back to the 1980s, when he came to Johns Hopkins Bayview for his residency. Just a few months earlier, he was honored as one of 10 American “heroes” at the inaugural Bloom-berg American Health Summit in Washington, D.C. Hosted by the Bloomberg American Health Initiative, the two-day event brought together innovators and policymakers from around the country who are creatively working to address some of the toughest challenges facing public health in the United States, including the opioid epidemic and gun violence.

At the event, which drew coverage from more than 50 media outlets around the world, including a live feed by C-SPAN, Fingerhood spoke about the tools that he and his colleagues at Johns Hopkins have put into place to combat opioid addiction, expand access to treatment and combat stigma.

These efforts are gaining the attention of national leaders. In March, a delegation led by U.S. Rep. David Trone (D-MD, 6th district) and Rep. Susan Wild (D-PA, 7th district) visited East Baltimore to tour many of the same sites President Daniels had visited just a few weeks earlier. Trone has created a bipartisan “freshman working group on addiction” that is composed of more than 40 newly elected lawmakers who are working to promote policies to end the opioid overdose crisis.

“We took them to the Emergency Department at Johns Hopkins Bayview to see firsthand the work we do, and they talked in some depth with our peer recovery coaches, who have a history of substance use disorder and are specially trained to meet new patients,” says Fingerhood. “Rep. Trone in particular was very engaged, and we talked for a long time after his tour. He asked: ‘What more should we be doing at a governmental level to support this work?’”

At a press conference held after the March tour, Rep. Trone praised the work of Fingerhood and others at Johns Hopkins whose efforts receive funding from the Center for Innovative Medicine. He emphasized the important of their work in providing wraparound services, including housing, jobs – and hope.

“This is a hope-producing team,” Trone said. “And that’s what we need to get folks well.”