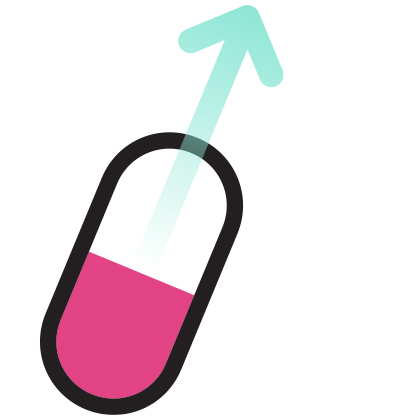 When congressional staffers in both the U.S. House and Senate began to put together plans for investigating the rising costs of prescription drugs, and insulin in particular, they drew on the ex-pertise of Johns Hopkins internist and Center for Innovative Medicine (CIM) member Jeremy Greene.

Over the past several years, Greene has testified repeatedly before committees of the U.S. House and Senate and made repeated trips to Capitol Hill to share his wisdom on this crucial issue. He also worked with the attorney general of Maryland to put forward a bill to make price gouging of prescription drugs illegal in the state. (The bill was passed but was ultimately struck down in the courts on appeal.)

And he’s written two books on the topic: Prescribing by Numbers (2009), which won the Rachel Carson Prize, and Generic: The Unbranding of Modern Medicine (2014). He is also an active member of  the Johns Hopkins Drug Access and Affordability  Initiative, an interfaculty effort focused on developing  bipartisan policy recommendations to address  pharmaceutical costs.

Thanks to the support of Leslie and Scott Jacobs, members of the CIM International Advisory Board, and Leslie’s brother Stephen Rosenthal, Greene was recently named as the Jacobs-Rosenthal CIM Scholar. “The knowledge and advocacy that Dr. Greene is bringing to this important issue is vital and very timely, and we are eager to support him in his work,” says Leslie Jacobs.

Indeed, says Greene, “The sense of urgency around rising drug prices has increased dramatically,” which is certainly warranted. Unless we pay more attention to making 20th-century drugs affordable, he warns, “we’re soon going to be living in a world where the 21st-century cures are only accessible to a tiny percentage of the population.”

“What fascinates me as a historian is that with every decade, the stakes are getting higher. The limit of what would seem a mind-bogglingly unaffordable drug seems to leap by an order of magnitude.” – Jeremy Greene, internist and medical historian

Today’s troubles have been brewing for decades, he notes, using the current insulin crisis as an example. Insulin was discovered as a lifesaving treatment for diabetes nearly a century ago (1921) and patented two years later. “The patent was sold for $1 to make sure industry could produce high-quality medication that would be affordable for patients for years to come.”

Fast forward to the 2000s. Between 2012 and 2016, the annual cost of insulin for treating a type 1 diabetes patient nearly doubled – from $2,864 to $5,705. The jump has put the medication out of reach for some Americans with diabetes and prompted others to start rationing it, with potentially deadly consequences. “One out of four people requiring insulin for diabetes reports rationing or going without medicine due to cost,” Greene notes. “And more than 25 percent of life-threatening hospitalizations for diabetes in U.S. inner-city minority patients have been attributed to the inability to afford a regular supply of insulin.”

Key to rising insulin costs: There are no low-priced generic versions of insulin available. Instead, 99 percent of the global insulin market is controlled by three pharmaceutical giants – firms that can raise prices seemingly at will, “with no clear indication of why,” Greene says.

And it’s not just insulin. “In recent years, it’s become increasingly difficult to ensure that basic essential medicines, like albuterol for asthma or even IV saline, are available and affordable,” he says.

In a testimony before Congress last May, Greene ex-plained how we’ve arrived at a place in the U.S. where “old” drugs are increasingly unaffordable. Historically, a new drug is patent-protected during the first phase of its life, to reimburse its developers for the substantial costs of pharmaceutical innovation. Then it moves off-patent, a second phase during which competition brings prices down so that a supply of effective but affordable medications are widely available.

“But now we are finding that drugs enter a third, uncharted phase, where dwindling competition creates new monopolies,” Greene says, which has resulted in an “accelerated series of drug shortages and price hikes now affecting millions of Americans.”

Congressional concern over rising drug prices is not new, Greene points out. Since the 1950s, there’s been a surge of interest (and resulting congressional hearings) at least once a decade. “What fascinates me as a historian is that with every decade, the stakes are getting higher,” Greene says. “The limit of what is considered to be a mind-bogglingly unaffordable drug seems to leap each time by an order of magnitude.”

Inspired by concern for his patients at East Baltimore Medical Center, and buoyed by his colleagues involved in the Johns Hopkins Drug Access and Affordability Initiative, Greene vows to keep up his advocacy on this vital public health issue.

“Congress alone holds the power to illuminate how the hidden pieces in the puzzle of drug pricing actually fit together,” says Greene, “and to under-stand where the market is being distorted and provide evidence that will allow us to reach a true and lasting solution.”