Hope in the Face of Addiction 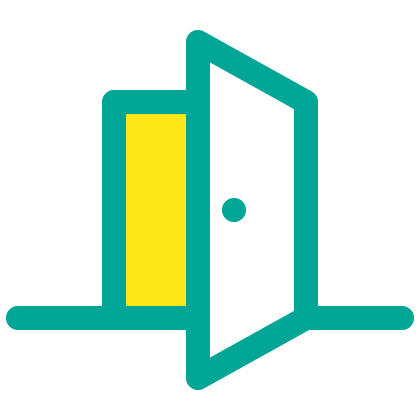 “In the clear, cold light of our current challenges, the CCP seems like a rather obvious and necessary program. However, when Dr. Fingerhood initiated the CCP 25 years ago, his prescience was astounding. His vision has saved the lives of countless people during the past quarter-century, given hope to many more and established Johns Hopkins as a leader in fighting one of the most tragic epidemics of our age: opiate addiction.”
Mark Anderson, director, Department of Medicine, Johns Hopkins University School of Medicine

“CCP does extraordinary things for patients, but it is also a fertile training ground. When I think about the incredible impact it has had on me, I can only begin to imagine its impact on every other resident who has trained here over the past 25 years and gone out into the world to revolutionize the way we practice medicine.”
Jarratt Pytell, first fellow in addiction medicine at Johns Hopkins

“CCP is one of a kind – and that’s the problem. Providers, case managers, community health workers and others talk about how they wish there were more places like CCP, where their patients could get truly robust primary care and have a partner in managing their health. The real mystery is: Why aren’t all primary care practices more like CCP? And, since we know CCP is helpful for patients and reduces costs, why aren’t we replicating it everywhere we can?”
Anne Langley, senior director of health planning and community engagement, Johns Hopkins Medicine

“Too often, the stigma associated with addiction serves as a barrier to treatment for those who need it most. Dr. Fingerhood and his colleagues at the Comprehensive Care Practice understand this, and they see combating stigma to be an important part of their work. To do this, they are regularly out in the community, speaking at churches and with other community groups about the importance of viewing addiction as a medical condition for which there are effective treatments.”
Dan Hale, special adviser to the president, Johns Hopkins Bayview Medical Center

East Baltimore resident Monaye Gethers started using heroin in her late teens and discovered she was HIV-positive at 27. Two years later, she quit using – not just heroin, but alcohol, marijuana and any other substance that might cross her path. She went back to school, bought a house and car, and launched a career in substance use counseling – but for all she’d been through, she’d never had a doctor she trusted.

“All the doctors I’d met knew nothing about an African American woman in recovery with HIV,” she recalls today. “They didn’t even want to touch you, and everything that was wrong with you – even if you came in with a backache – had to be the HIV. Or, when I was using, it was the drugs.”

Then a friend recommended she see a doctor at Johns Hopkins who had started a clinic that focused on providing primary care to people with HIV and substance use disorders. That doctor’s name was Michael Fingerhood.

“We just hit it off,” recalls Gethers. “He wanted to know everything about me – we sat in his office and talked for 45 minutes – before he even put a stethoscope to my chest. And then he examined me, and I showed him a rash and said it was probably the HIV, and he said, ‘No, that’s just topical dermatitis.’ When I came back for a follow-up to talk about my bloodwork, he said I was in great health.”

“Addiction certainly doesn’t define the people who come to our practice. But it does need to inform the care we provide them.”

Gethers is just one of thousands of patients whose lives have been transformed by Fingerhood and the Comprehensive Care Practice that he launched at Johns Hopkins Bayview Medical Center back in 1994. Established at a time when many Baltimoreans struggling with addiction had few options for health care, the practice, which receives some funding from the Center for Innovative Medicine (CIM), has provided judgment-free support to people fighting dependence on drugs or alcohol for the past 25 years.

Heroin, fentanyl and other opioids are the most common substances Fingerhood and his team see, but the practice also treats patients with alcohol, cocaine and other substance use problems. More than 6,000 people, many of whom have been sober or off drugs for years, rely on the practice for routine medical care.

“Addiction certainly doesn’t define the people who come to our practice. But it does need to inform the care we provide them,” says Fingerhood.

Fingerhood, a member of the Miller Coulson Academy of Clinical Excellence, proudly declares he doesn’t own a white physician’s coat. “For me, they just kind of create a barrier between me and patients,” he says. “Not my style.”

It’s that kind of accessible, down-to-earth approach that has earned Fingerhood the respect of his colleagues (see sidebar on p. 7) and the gratitude and loyalty of his patients.

“My sobriety is the first thing Dr. Fingerhood asks about when I see him,” says a longtime patient who battles alcoholism. “He’ll ask if I’m still going to my Alcoholics Anonymous meetings and talking to my sponsor. I haven’t used in almost 20 years, but it’s still something I have to pay attention to. Going to Dr. Fingerhood helps keep me grounded.”

Another patient tells of relapsing after many years of sobriety, when two close family members died. She subsequently overdosed on heroin seven times between June and August 2017. Several of those overdoses were nearly fatal. “Dr. Fingerhood helped me through the most difficult time in my life,” she says. “He just never gives up on me.”

Earlier this year, Fingerhood was tapped by Johns Hopkins University President Ronald Daniels to lead a universitywide effort – involving researchers and clinicians at the schools of medicine, nursing and public health – to reduce opioid addiction in Baltimore.

Fingerhood has turned to a team of five community leaders in East Baltimore to help guide the ambitious universitywide project. Six months in, he’s encouraged by the progress. “A lot of recent research says that access to buprenorphine is important when communities are fighting against opioids,” he says, referring to a prescription medication used to treat addiction. The Substance Abuse and Mental Health Services Administration requires providers to obtain special certification to prescribe buprenorphine. As part of the plan he outlined with Daniels, Fingerhood has led an effort to get as many clinicians as possible to obtain that certification.

Given the scope of opioid addiction we face today, it might seem like Fingerhood and the Comprehensive Care Practice face a daunting, uphill battle. But Fingerhood emphasizes that there is real reason for hope.

“At the Comprehensive Care Practice, our six-month retention rate for people with opioid addiction who we treat with buprenorphine is 80 percent.”

“At the Comprehensive Care Practice, our six-month retention rate for people with opioid addiction who we treat with buprenorphine is 80 percent,” he says. “By way of comparison, with a typical smoking cessation program, we’d usually see about a 15 percent retention rate.

“So you can see that 80 percent is an incredible rate – and a real cause for celebration that we are able to help so many of the patients who come to us.”