Aging and an ‘Evolutionary Trade-Off’ 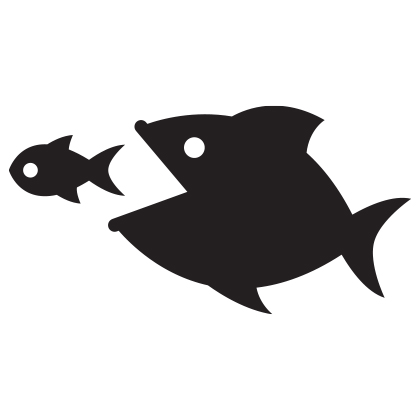 Mark Anderson, director of the Department of Medicine and physician-in-chief of The Johns Hopkins Hospital, conducts his research in a state-of-the-art lab, using cutting-edge tools, like genetically engineered CRISPR mouse models. But in explaining the hows and whys of his bench science, which holds the potential for tantalizing new insights into the mechanisms of how we age, he goes back to a much, much simpler time: 1 billion years ago.

“We can only understand the genetics of disease in the context of evolution,” says the physician/scientist, who was elected to the National Academy of Medicine in 2017.

This was a period when invertebrates alone ruled the Earth – floating in the water and clinging to rocks. Scientists have shown that even back then, a protein known as CaMKII (Ca2+/calmodulin dependent kinase II) existed in living matter.

Fast forward half a billion years, when vertebrates made their debut: CaMKII assumed a more starring role, Anderson says, noting, “Animals evolved to have a head and a gut and a spine. They developed a rich skeletal system, and we know that skeletal muscle, heart muscle and brain tissue all have lots of the CaMKII enzyme.” Scientists assumed that the enzyme played a key role in the “fight or flight” response of evolving vertebrates. “Animals weren’t stuck to a rock anymore, and they had to move fast to catch prey or get out of the way of a predator,” says Anderson.

But what kind of role – and why?

Crucially, it was at this point in evolutionary history that a pair of amino acids known as methionines first arrived on the scene, Anderson explains. “And they have been conserved throughout speciation ever since, without a blip. Somehow, evolution decided these amino acids were to be cherished – that they played a very important role.”

Anderson and his colleagues spent more than five arduous years in the lab in a project led by Qinchuan Wang, a molecular biologist, and Gabriel Bever, an evolutionary biologist, teasing out the intertwined roles of methionines and CaMKII, using fruit fly models and genetically engineered mice. Ultimately, Anderson and his team showed something compelling: The methionines are modified during increased oxidative stress and lead to CaMKII activation.

“Evolution equipped animals to be a little faster and better at getting away from predators, but the cost is that when they get older, they become susceptible to diseases linked to too much oxidation.”

This increase in CaMKII activity improves physiologic (fight or flight) performance by actions in skeletal muscle – but at the cost of increased oxidative damage to the cardiovascular system and promotion of other common diseases, notes Anderson, whose own research has focused on the role that CaMKII plays in heart failure and cardiac arrhythmias, a cause of sudden cardiac death.

In genetically engineered mice in which methionine is “knocked out,” Anderson explains, the CaMKII enzyme is normal – except that it can’t be activated by oxidation. The result: The knockout mice are more resistant to disease. But the flip side is that they can’t run as fast or as far; they are not physically robust.

“It’s an evolutionary trade-off,” says Anderson. “Evolution equipped animals to be a little faster and better at getting away from predators, but the cost is that when they get older, they become susceptible to diseases linked to too much oxidation.”

Which brings us to how Anderson’s ongoing research on CaMKII could provide important clues to healthier aging. “It’s not just diseases where oxidant stress is a culprit,” he says. “Oxidation almost certainly plays a role in accelerated aging.

“So it’s reasonable to think that these oxidation sites that we’ve identified are markers of the aging process,” he says. “Ultimately, our hope is that they can provide us with insights into how oxidant stress contributes to the diseases of aging.”