A New Pathway to Promotion for Excellent Clinicians 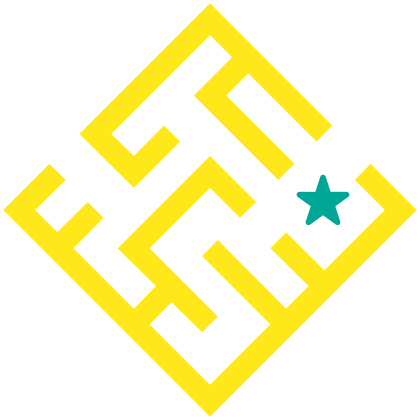 For years, Scott Wright found himself flummoxed when advising excellent clinicians in his division who were looking to be promoted at Johns Hopkins. “As a division chief, I have faculty members who are just outstanding when it comes to providing patient care. That is their passion and what they love to do. But unless they were willing to spend time away from patients, writing grant proposals and doing research, there was no way forward,” says Wright, the Anne Gaines and G. Thomas Miller Professor of Medicine.

All that changed this fall with the rollout of a new track in clinical excellence. It provides a new path to promotion at Johns Hopkins Medicine – one that will recognize faculty members for their skill and empathy with patients.

“It’s a great day!” says Wright. “We now have a system in place to reward those doctors who spend the majority of their time providing excellent care to patients. Now they, too, can be promoted to the rank of associate professor and full professor!”

Just as gratifying to Wright and others at the Center for Innovative Medicine (CIM) is that the foundation for the new promotion pathway was laid by CIM’s Miller Coulson Academy of Clinical Excellence, which launched in 2008 with Wright as director.

“As an institution, we pride ourselves on doing things rigorously and objectively, but up until the Miller Coulson Academy, there was general skepticism that clinical excellence could be measured in a clear and consistent way,” says Cynthia Rand, senior associate dean for faculty. “But the Miller Coulson Academy really made a mark, both locally at Johns Hopkins and nationally, by developing a truly rigorous process – including extensive internal and external peer review and objective clinical metrics – for measuring excellence in clinical care.”

Each year, only a small percentage of the most respected physicians who are invited to apply to the academy (after having been nominated by many peers) are ultimately offered membership. One key element to the process is external evaluation: Master clinicians from top academic institutions around the country review and score the clinical portfolios that are submitted. When building their portfolios, applicants must provide the names of 10 patients, 10 physician peers, 10 learners and 10 non-physician clinical providers (e.g., nurses and medical assistants) who provide confidential assessments across eight domains of clinical excellence.

“We now have a system in place to reward those doctors who spend the majority of their time providing excellent care to patients. Now they, too, can be promoted to the rank of associate professor and full professor!”

“As the Miller Coulson Academy advanced,” says Rand, “we were able to use its groundbreaking work as part of our rationale in our presentation to school of medicine leaders that yes, indeed, we do know how to measure clinical excellence fairly and to create a rigorous promotional pathway. Without the Miller Coulson Academy, we never would have been able to successfully make that argument.”

A new Clinical Excellence Promotions Committee, led by CIM Director David Hellmann and psychiatrist Meg Chisolm, herself a Miller Coulson Academy member, will review promotion applications in the clinical excellence track. The first applicants will likely be Miller Coulson inductees (now numbering more than 90). In addition to demonstrating their strength in clinical care, successful applicants must also shine outside the clinic by actively disseminating clinical excellence scholarship at regional and national levels, teaching, and participating in the discovery mission. Rand expects to see the first candidates move through the process, and potentially earn their new ranks, by late 2019 or early 2020.

She notes that those who worked on the initiative (including Wright; David Eisele, director of otolaryngology–head and neck surgery; and Janice Clements, vice dean for faculty in the school of medicine) were intentional in their naming of the new track.

“The Miller Coulson Academy really gave us the ‘bones’ for building this new pathway, and we wanted to be very clear that ‘excellence’ is key to how clinicians will be evaluated,” Rand says. “While we are among the last academic medical centers to establish a promotion pathway for clinicians, we are unique – perhaps even the first – in creating a promotion pathway in clinical excellence.”

“As the Miller Coulson Academy advanced, we were able to use its groundbreaking work as part of our rationale in our presentation to school of medicine leaders that yes, indeed, we do know how to measure clinical excellence fairly and to create a rigorous promotional pathway.”

For his part, Wright says he is overjoyed by what the new promotion pathway will mean for his efforts to recruit and retain top doctors. “Now, when I’m talking to our residents, who are all about providing great patient care, I can say, ‘There is now a path for you to join our faculty and move through the ranks here, based on your passion.’ I couldn’t be happier.”