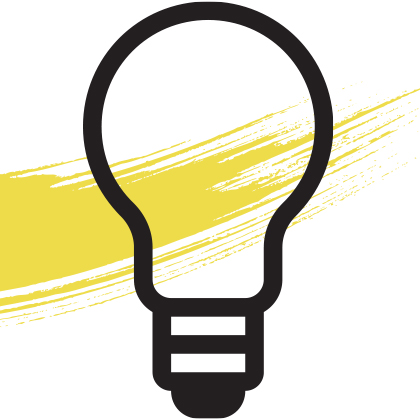 Roy Ziegelstein, M.D., is a noted cardiologist, Vice Dean for Education, inductee of the Miller-Coulson Academy, and the Sarah Miller Coulson and Frank L. Coulson, Jr., Professor of Medicine. He is also a painter, a very good one. At the CIM’s International Advisory Board meeting in October, he talked about some of the things he’s learned as an artist that have made him a better physician.

He began with a word about Henri Matisse and his followers, who were known as Fauvists. This name stuck in 1905, when a critic named Louis Vauxcelles saw a classical sculpture by Donatello surrounded by works of Matisse and others that looked untamed in comparison, and made the snarky comment that there was “a Donatello amongst ‘les fauves,’” or the “wild beasts.”

“When we narrow or restrict the groups of people we listen to, everything appears black and white. Issues are polarized. People are good or bad.”

“Fauvism was one of the most innovative movements in art,” said Ziegelstein, but “like innovation in medicine and other fields, it was a disruptive force that initially was not well understood or appreciated by others. To some degree, that is what David has created with the Center for Innovative Medicine. I remember when David first thought of creating an academy to recognize the importance of clinical excellence.” The idea, supported by Sarah Miller Coulson, her late husband, Frank, and their family, “was not immediately understood.” Although nobody compared it to the work of wild beasts, “some wondered why we needed such an academy in a place where people were devoted to patient care.” And yet, this year, Miller-Coulson Academy director Scott Wright, M.D., reports a record number of applicants. “I told Scott that it was like the CIM had created the Field of Dreams: if you build it, they will come.”

What can medicine learn from the way an artist looks at things? Ziegelstein offered the IAB members three examples:

First, the way an artist sees. Actually, Ziegelstein said, it’s not so much how artists see the world that sets them apart, but how they think. “In fact, Picasso famously said, ‘I don’t paint things the way I see them, but the way I think them.’ And thinking things differently is just as important a virtue in medicine as it is in art.”

Squinting. Artists squint a lot when they look at their subject, and Ziegelstein asked his audience to do the same. “You’ll notice the shadows get darker and the highlights get lighter, and this helps to better define shapes… when you narrow your view, you see the contrasts.” But this can happen when we listen, too, he continued. “When we narrow or restrict the groups of people we listen to, everything appears black and white. Issues are polarized. People are good or bad. We don’t see the subtleties in the issues that confront us and doctors fail to see the range of humanity in the people they care for.” Although squinting can help artists, Ziegelstein doesn’t recommend it for doctors. “Doctors need to surround themselves with people who widen their perspective, and who help them see the breadth of the human condition, so they can see the subtleties in the people they associate with and care for.”

Gesture drawing. This is an exercise artists do, with a model changing poses every three minutes or so. “As an artist, you can’t possibly draw or paint the details in this limited time, but you can capture the position of the figure in space.” Ziegelstein compared gesture drawing to jazz improvisation, and described some research by former faculty member Charles Limb, M.D., who “studied the process of improvisation by having jazz musicians play music from rote memory and then having them improvise while in a special type of MRI scanner that is able not only to image the anatomy of the brain but also its function. What he’s found is that improvisation activates some areas of the brain, but it turns off other brain structures that are implicated in the semantic processing of language.” Limb suggested that when we speak in public, “we are constantly vigilant and aware of what we are saying, because a certain processing part of the brain is active.” But in improv, that part of the brain is turned off. Because of all they have to process every day, and because of the stress and human emotion they encounter daily, Ziegelstein said, “I think many doctors ‘learn’ during training that they should constantly check their own emotions, almost for self-protection. As a result, showing emotion is often considered weak. I think doctors therefore often seem unfeeling. Insensitive. Even arrogant. I think doctors should learn the lessons of gesture drawing and improv and try to shut the processor off. It will make them more natural and more human. I think patients will appreciate that.”