A Way to Connect 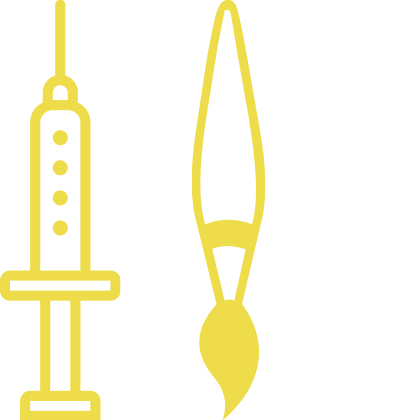 Claude Monet had cataracts. His paintings became more blurry and abstract. The colors he saw changed, too. The great French Impressionist put off surgery for years; when at last he could see better, he realized he had not painted what he thought he had – and he destroyed much of what he had done while his vision was off kilter. What must that have been like for him?

Andrew Wyeth was so fiercely inspired to capture “Christina’s World,” based on the struggles of a family friend, that he got up and left the dinner table (and his astonished in-laws) to make the initial sketches. His remarkable painting minimizes Christina’s physical disability, but so powerfully conveys his empathy and her isolation that it’s hard to look away.

If you are a young doctor – especially if you’re book-smart as a whip about science but haven’t spent a lot of time studying the humanities – thinking about Monet’s struggle and about the loneliness of Christina might help you understand, and care more about, what your patients are going through.

Psychiatrist Margaret Chisolm, M.D., believes this. A member of the Miller-Coulson Academy recognized for her compassion and empathy as a clinician, she hopes that art will open a window for young physicians into the challenges facing their patients – and help them see the person behind the illness. She has identified an amazing resource, nearly 150 insightful essays linking art and medicine written by James C. Harris, M.D., Director of the Developmental Psychiatry Clinic at Hopkins, to go with the cover art on JAMA Psychiatry.

“I just thought, wow, what a great opportunity,” says Chisolm, “to somehow use that to help teach young doctors.” She began by taking Hopkins psychiatry interns to the National Gallery of Art, individually or as many as three at a time. They’d spend an afternoon looking at three of the paintings that had been on the cover of JAMA Psychiatry, and later would read what Harris had to say about them. “Next, we would go to a gallery of their choosing and pick a painting or sculpture, and they would develop an essay of their own.” Chisolm held a poster session, where each intern presented an image of the art along with some thoughts on its greater significance. “I encouraged them to submit those essays to journals,” and one intern’s essay was accepted by the American Journal of Psychiatry.

“There were terminal diagnoses, amputations – and they never saw anyone talk to the patient about anything but the disease process itself.”

This was meaningful teaching. But it was also labor-intensive and not really workable on a larger scale – or easily brought to the patient’s bedside. So Chisolm and psychiatrist Susan Lehmann, M.D. – also a member of the Miller-Coulson Academy – with the advice of David Kern, M.D., M.P.H., the former chair of Internal Medicine at Bayview, and Scott Wright, M.D., Director of the Miller-Coulson Academy, began developing the curriculum as an app for a smart phone.

The idea is that a teaching team could use it to “spark conversations” among medical students, interns and residents, and with patients “around the meaning and impact of their illness,” says Chisolm. She envisions something like this: “We just saw this patient who had vision loss. We haven’t really talked with that patient about how that’s going to impact her day-to-day life; we’ve been focused on the diabetes and the medical side of things. Then the attending physician might enter into the app something like ‘vision loss,’ and get a module that would have an image and a little vignette related to the image. The clinical teacher wouldn’t need any background in art to be able to use this at the bedside.”

The teacher might show a couple of paintings in the “Water Lily” series by Monet, before and after he had cataract surgery. “The hope is that they would talk about what they think the impact of vision loss is going to be on our patient, and then later, the house officer or medical student would go back to the patient and talk more about the meaning of that illness, and want to have those kinds of conversations with other patients.”

Chisolm and Lehmann don’t see this as just a program for Psychiatry or Internal Medicine, or even just for Hopkins, but for other academic medical centers, too. “The Miller-Coulson Academy members, who are in all different departments, might be the people who could pilot our app, give us feedback, and help us refine it,” Chisolm says.

It’s not a main course; more like an uplifting protein snack to enrich the soul and build, over time, a physician who thinks about how the patient, as a person, is coping with illness.

They are designing the app so that each experience is brief – five to 10 minutes. They know how busy everyone is. It’s not a main course; more like an uplifting protein snack to enrich the soul and build, over time, a physician who thinks about how the patient, as a person, is coping with illness. “We don’t think it would be used every day, and certainly not with every patient,” says Chisolm, “but even once or twice a week.”

If this idea has as much promise as Chisolm believes it does, the app will “take on a life of its own,” as physicians share their own favorite works of art with others. Content will be rated, too, so users can see which pieces of art, and which stories about them, resonate the most.

Recently, Chisolm and Lehmann learned from a focus group of fourth-year medical students at Hopkins that “it was only on the Aliki service (an initiative begun by the CIM) and with one or two other physicians in the entire Hopkins system where they witnessed any discussion whatsoever about the impact of illness on the patient,” Chisolm says. “That was astounding to us, because in psychiatry, we talk about meaning all the time. There were terminal diagnoses, amputations – and they never saw anyone talk to the patient about anything but the disease process itself. It was disheartening, but it also showed us that here was an opportunity to do something about it.”

The key is to change the culture, “so talking about this is normal, and expected, and not something that’s rare and fluff. The arts are actually really great for prompting reflections and taking you outside of yourself.”

Many students come to medicine “from a very narrow science path,” she continues. “I’ve had residents not know about the Book of Job in The Bible, or Tolstoy’s Anna Karenina. They didn’t know who Frank Lloyd Wright was, or Woody Allen. There’s a lot of wisdom in the arts and humanities that we can learn from, besides just learning the wisdom of science and evidence-based treatments. It’s all about finding a way to connect.”