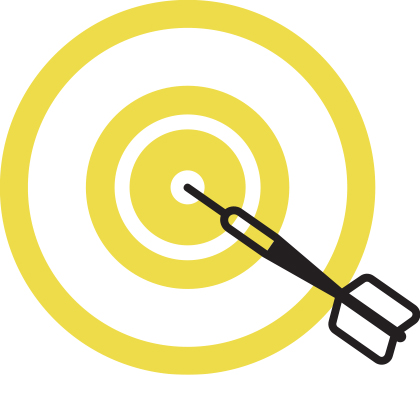 We’re growing up. Ideas that were just a gleam in our eye a decade ago – the Aliki Initiative, the Miller-Coulson Academy, Medicine for the Greater Good, our research Cores – have blossomed from dreams to blueprints and into established programs implemented throughout Johns Hopkins and outward to other institutions.

Young clinician-scientists who were with us from the very beginning in 2006 now serve in high leadership positions at Hopkins, and their CIM ties remain strong. This fall, they joined nearly 70 Johns Hopkins leaders, clinicians, nurses and scientists, at our third annual CIM retreat. Joining us were four presidents of Johns Hopkins hospitals, three Bloomberg Distinguished Professors of Medicine, five Vice Deans of the School of Medicine, the president of Johns Hopkins Community Physicians, and the President of Johns Hopkins Healthcare. Also present were some of our very youngest members, including medical resident Francoise Marvel.

One of those leaders is Jonathan Ellen, M.D., now President and Vice Dean of Johns Hopkins All Children’s Hospital in St. Petersburg, Florida, who moderated the retreat and offers his perspective on the CIM: “A lot of us started on the Bayview campus with David: Landon (King, Executive Vice Dean), myself, Antony (Rosen, Vice Dean for Research), Roy (Ziegelstein, Vice Dean for Education). We were all there together, and David Hellmann inspired all of us.” The CIM’s achievements, he adds, “are all things that grow out of that spirit of collaboration and innovation that puts the patient at the center. As I’ve watched it grow, I’ve learned a lot of lessons that I’ve taken here to Johns Hopkins All Children’s Hospital about the value of supporting the creation of ideas. David created this core of people who believe in collaboration and are committed to innovation. The CIM just grew, and it grows logarithmically.”

So where are we headed? “We are a world-class institution for medical education, research, and patient care, in a neighborhood where many people live below the standard of living,” Hellmann told the attendees, “where people die younger than they should, of diseases that could be preventable, or of complications that could be diminished with proactive medical care, better diet and exercise. We can’t be all things to all people, but we can be important things to some people, here at home and around the world. What would you do if Johns Hopkins Bayview won the lottery, and you got to pick how we spent the money? If you got to call the shots, how would you have us take ours?”

The idea of “taking our shot” was inspired by the Broadway hit musical, Hamilton, and proposed by Hellmann as this year’s retreat theme. This tale of early American statesman Alexander Hamilton is told in an unexpected way: through hip-hop music. Hamilton himself, as portrayed in the play, is hungry and ambitious – a man who dreams big, and has the energy, creativity and focus to make those dreams happen. Where others see obstacles and trouble, he sees opportunity and solutions.

“David loved the idea that we have our one shot to do great things, to make a meaningful difference and leave a legacy,” says Greenberg. “He asked everyone to ponder, what one or two actionable things would you like to do or do you see that need to be done to make medicine a better public trust? And how can we get from here to there?”

“We can’t be all things to all people, but we can be important things to some people, here at home and around the world. What would you do if Johns Hopkins Bayview won the lottery, and you got to pick how we spent the money? If you got to call the shots, how would you have us take ours?”

Our 2016 retreat was held for the second year in a row at Greenberg’s lovely home out in the countryside of Baltimore County. “The idea was, you leave Bayview, leave Hopkins Medicine behind, and come out to the country,” says Greenberg. “The environment is important to say you’re in a different place.” She and Hellmann hoped getting “really smart people in the same room talking about big ideas and not small ideas,” would encourage participants to go for it – to dream big. Shortly before eight on an overcast morning, a long line of cars started to pull into the driveway. “Everyone arrived right at the same time, we sat down right away, Jon Ellen called upon individuals to say what their shot would be, and the answers were stunning.

“One physician said, ‘We should be screening every child in Baltimore City for asthma. We need to do the right thing.’ Others said, ‘we need to make Bayview the innovation hub for Johns Hopkins Medicine. We should be the Silicon Valley of Baltimore.’ There were incredibly beautiful and thoughtful comments.” Johns Hopkins Bayview, Greenberg adds, “is going through a renaissance, and I think the CIM has driven it – driven the notion that anything is possible. It’s a big place, a beautiful campus. It is seamlessly integrated with the Broadway campus, but there’s more room, there are more institutes, and more specifically driven agendas. You can breathe there. It makes you think of who you want to be. This was David’s effort to energize and tease out their biggest, best idea – knowing that it could possibly come true.”

“We got people to suspend the how, and focus on the what and why, and that’s what you want from a session like this. That’s the shot.”

As moderator, Ellen’s job was to help participants focus on Population Health, Precision Medicine, and the Good Doctor. “What we got was a really nice dialogue around these topic areas, and certain ideas started to emerge. We got people to suspend the how, and focus on the what and why, and that’s what you want from a session like this. That’s the shot. So we came up with the what and the why, and now it’s time to do the how.”

We’ll be telling you more about these ideas in future issues of Breakthrough, but one of the most important is a CIM-led plan to improve the health of the people in the neighborhoods surrounding Bayview.