Helping Big Ideas Get Even Bigger 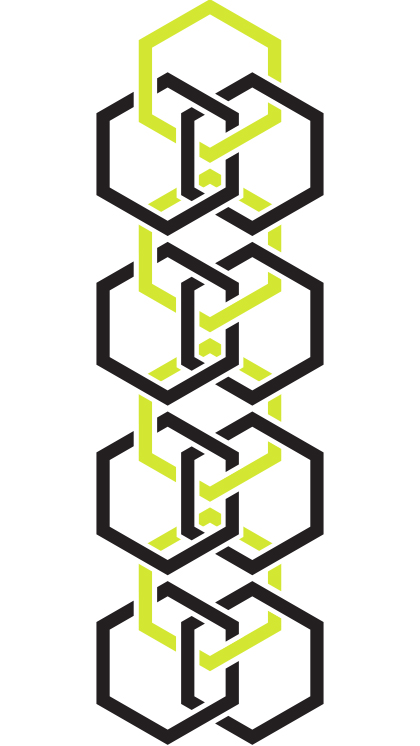 Where do we go from here? How can we take what we’ve done to the next level? These are some pretty big questions, and they were the focus of our recent CIM retreat. The idea came from Stephanie Cooper Greenberg, Director of our International Advisory Board. The retreat happened in September, at Greenberg’s home in Baltimore County, and was led by Mike Klag, M.D., Dean of the Bloomberg School of Public Health. On hand were 45 people – CIM Advisory Board members and friends including Patricia Davidson, Ed.D., Dean of the School of Nursing, and Sharon Akers, Executive Director of the Edward St. John Foundation, a philanthropic organization. (For more on Davidson, see story on Page 12, and for more on Akers, see Page 5.)

Greenberg takes her role as a “Hopkins outsider” seriously: “It occurred to me that I need to figure out how to be a translator to the outside world,” she says. “Often in business, we say, ‘I’d like to expand this, or go in this direction.’ I was curious to see where the members of the CIM would like to take their programs, if we could partner with the outside world: What is fundable, what is doable? What if you had more philanthropy, resources that were not internal to Bayview – if money were no object – where would you want to take this? That’s how the retreat was born,” to bring together the very busy people who make the CIM’s initiatives happen, and ask them to think about the next decade. Greenberg offered the use of her home, which is out in the country, “far enough away to get away from the work environment, but not too far away, and not a ballroom in some hotel. It’s very pastoral, very soothing; I thought, maybe that will work.”

“If money were no object, where would you want to take this?”

It did. Vice Dean David Hellmann, M.D., the CIM’s director, built some small-group discussion time into the retreat. Each group was given the task of coming up with a vision for the future direction of one of the CIM’s key areas – the Good Doctor, Precision Medicine, and Medicine for the Greater Good. “Then everyone came together at the end and gave a synopsis of the new vision statement for their programs,” says Greenberg. The members gave themselves more work to do; in future meetings, these vision statements will be thought about and worked on as the group looks ahead to the CIM’s next decade. (Of course, Breakthrough will be covering these plans as they unfold – stay tuned!)

“How do we improve health through interventions that may not touch an individual, but may touch a whole population? How do we create an environment that’s healthy?”

“What is impressive about the CIM,” says Klag, “is that it reconnects people back to why we became doctors, why we’re in academic medicine. Most of us didn’t go into academic medicine to run a practice or think about dollars; we wanted to think about the big picture, we wanted to do research. In this Center, David Hellmann has brought these themes together, and it reminds us why we’re at Hopkins.” Part of it is that most fundamental point of contact between the doctor and patient, “the core of medicine,” the focus of the CIM’s Good Doctor initiatives. “But also, we all know that there are determinants of health so much broader than what happens in a physician’s office” – the CIM’s Medicine for the Greater Good initiatives. “The people at the CIM are motivated to address those determinants because they care about patients. In public health, we look at all those determinants, too: how do we improve health through interventions that may not touch an individual, but may touch a whole population? How do we create an environment that’s healthy?”

Klag continues: “What’s amazing to me is that David continues to lead in a very innovative way. He’s got people doing things that they probably wouldn’t have been doing if they hadn’t interacted with him. It’s a diverse group, and they’re all there because David has convinced them that it’s worthwhile to be there.”

“You have something great here; let’s share it with the world.”

The School of Public Health began two decades after the Johns Hopkins Hospital opened; it was started by one of the Hospital’s founding faculty, pathologist William Henry Welch. “In a way, the CIM is like that,” says Klag, “people who care deeply about the clinical encounter, branching out into how we influence health at large – through behavior change and promoting health, not just fighting disease.” He mentions the ceremony in 1889 at the opening of the Johns Hopkins Hospital. One of the speakers was an English biologist named Thomas Henry Huxley, who talked about another hospital – St. Thomas’ teaching hospital in London. In particular, Huxley talked about two statues at that hospital: one of Aesculapius, the Greek and Roman god of medicine and healing, and the other of Hygieia, daughter of Aesculapius, the goddess of health. “Both had equal prominence,” says Klag, “ and he hoped that someday at Johns Hopkins Hosptial, there would also be a statue of Hygieia. I had the same feeling at the retreat – not only Aesculapius, but Hygeia. It was not only about medicine and curing, but promoting health.”

One of the speakers at the retreat was Akers, who talked about garnering funding to take the CIM’s ideas to the next level. “Some of the synonyms for philanthropy are public-spiritedness, unselfishness, humanity, and benevolence,” she says. “If you core down and look at the CIM, their premise is based on all of that.” She told the attendees that “through your expertise, dedication and leadership, you are truly helping to transform medicine as we know it. You are turning great science, medicine, research, and imagination into innovation and discovery.” Akers also hopes that the people who make up the CIM will “hold in their hearts and minds that they really are doing something that is transforming medicine.”

Greenberg adds, “I think there’s a burning desire in all of us to make the CIM grow and succeed and flourish in ways that it never thought it could. It certainly can; there’s no question about it. You have something great here; let’s share it with the world. At every meeting, every milestone, I expect great things.” When people were “throwing out ideas,” Greenberg joked that the ceilings in the room were pretty high, so there was room for big ideas to be thrown high. The next time the CIM holds a retreat, “Who knows? I might need to take the roof off.”