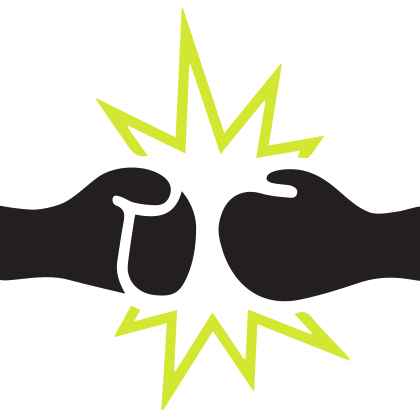 If only we could harness the body’s immune system. Scientists have thought about this, and tried it, and been frustrated with it, and gotten discouraged, and tried some more, for decades. The idea – tapping into the body’s tremendous, sometimes terrifying ability to fight off something it recognizes as an enemy invader – is tantalizing. The power is there. Just ask anyone unfortunate enough to suffer from an autoimmune disease: when the body unleashes its strongest defensive ammunition on itself, the consequences can be devastating. But for so long, despite brilliant and creative thinking, although scientists could boost the immune system, they could not truly enlist its power to fight disease.

That was then. Now, all of a sudden, immunotherapy is living up to its promise, and the most exciting headlines feature three words: immune checkpoint inhibitors. In recent years, new drugs called checkpoint inhibitors have shown stunning success in diseases that really needed a win – particularly, melanoma, bladder cancer, and lung cancer.

Julie Brahmer, M.D., is an internationally recognized groundbreaker in the transformative field of immunotherapy for people with lung cancer. She was one of the first to study a drug called nivolumab, developed by Bristol-Myers Squibb, which showed such promise in a clinical trial that the trial was stopped two years ahead of time. Nivolumab is a PD-1 inhibitor (see below); nothing like it existed when Brahmer, director of the Thoracic Oncology Program at the Kimmel Cancer Center, started in the field of lung cancer research in 2000. “The field was wide open, ” she says. “Even when we started the first in-human trials of nivolumab in 2006, no one thought this would ever work in lung cancer. But things have changed dramatically. There’s so much more hope now.” Some of her patients who started nivolumab in a clinical trial – people who had metastatic disease and had failed other therapies, who were expected to live maybe four to six months – are still alive four years later.

“Immunotherapy marks an entirely different way of treating cancer – by targeting the immune system, not the tumor itself.”

Think about it: Lung cancer kills more people than colorectal, breast, and pancreatic cancers combined. It will kill more than 150,000 Americans this year alone. Only about 17 percent of all people diagnosed with lung cancer live more than five years (although if it’s caught early, the likelihood of living longer than five years goes up dramatically). Worldwide, it is the deadliest cancer. And yet, here lung cancer is, at the epicenter of a revolution. In December 2013, when Science magazine named cancer immunotherapy as the “breakthrough of the year,” it said, “Immunotherapy marks an entirely different way of treating cancer – by targeting the immune system, not the tumor itself. Oncologists, a grounded-in-reality bunch, say a corner has been turned and we won’t be going back.”

All of a sudden, immunotherapy is living up to its promise, and the most exciting headlines feature three words: immune checkpoint inhibitors. In recent years, new drugs called checkpoint inhibitors have shown stunning success in diseases that really needed a win – particularly, melanoma, bladder cancer, and lung cancer.

“We have seen tumors melt away, and not come back even after we have stopped the medication.”

A brief tour of this world of immunotherapy involves a bunch of names made up of capital letters. The initials, PD, stand for Programmed Death. PD-1 controls T cells, the invading white blood cells that fend off infections and help fight cancer. PD-L1, which binds to PD1, is on the surface of tumor cells. When a tumor is being attacked by the body, it uses the PD-L1 to shield itself from the immune cells, and this is bad. The PD-L1 cells protect the cancer. Imagine a smoke detector going off, and somebody calls the fire department and says, “Don’t worry, it’s a false alarm.” The house keeps burning. Another immune checkpoint targets a molecule called CTLA-4, which shuts down the immune system, as well, by binding either to molecules on other immune cells. The beauty of checkpoint-inhibiting drugs like nivolumab – and this whole idea of “immune checkpoint blockade” – is that they break this cycle: in other words, they call the fire department back and say, “Emergency! We need you!” Nivolumab targets the pathway that lung cancer uses to put T cells in a straitjacket. When it works, it releases the T cells and lets them get back to work. “We have seen tumors melt away, and not come back even after we have stopped the medication.” Brahmer believes that nivolumab may somehow reset the immune system and keep it reset indefinitely, maybe forever.

The responses seem to be durable, but not everyone responds; the drug works in about 20 to 25 percent of patients. It may be that combining drugs – targeting PD-1 and CTLA-4 together, for example – will be more effective. Clearly, there needs to be a way of figuring out whose cancer will respond best to which immune checkpoint inhibitor. Also, nivolumab and similar checkpoint inhibitors have been tested in metastatic disease. They might be even more effective if they were given early on in lung cancer, or combined with other forms of therapy – radiation, for example, or chemotherapy. “This is the tip of the iceberg,” Brahmer says. Another issue, “because these drugs potentially will cost so much, is trying to pick out the patients who will best respond, and use that to guide therapy.”

Brahmer has been named one of the principal investigators on a $20 million “Dream Team,” formed by Stand Up to Cancer and the American Cancer Society with the goal of getting new therapies to lung cancer patients quickly. The team will target mutations in the KRAS gene, which are found in as many as 25 percent of people with lung cancer.