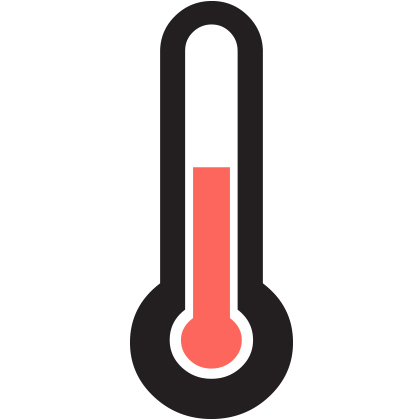 You know what inflammation is: It’s the redness that comes right after you stub your toe or skin your knee. There’s heat, maybe a little swelling – responses we’ve come to expect, the body’s reassurance that the immune system is on the case. Healing has already begun.

But there is another kind of inflammation that happens where you can’t see it – in your tissues, in organs, in the blood. It’s often subtle, and it may not have an obvious cause. Unlike the familiar, acute kind that starts with an “Ow!” this begins when the inflammatory system gets activated and the body neglects to hit the off switch.

It’s not good. This kind of low-level inflammation tends to percolate in many of us as we age. “In some older people, the pathways that normally would fight off infection are activated,” says geriatrician Jeremy Walston, M.D., who co-directs the Biology of Healthy Aging Program. “These pathways get turned on and they just stay on.” This inflammation creates an unhealthy environment in the body, leaving us more frail and vulnerable to illness: “We think that, over time, activation of the inflammatory system makes muscles degenerate quicker, causes some level of cognitive impairment, and probably worsens most chronic disease states.”

“In some older people, the pathways that normally would fight off infection are activated.”

It’s like white noise – a quiet racket that’s always there, not unlike the dull roar of an airplane’s engines. You get used to it after a while; but people who spend many hours flying can have incremental hearing damage. Similarly, with inflammation, the body is always under a little extra stress. But could the opposite be true, as well? Could suppressing this inflammation prevent the frailty that is often associated with growing older?

Walston’s research suggests the answer is yes. In lab investigations, he and colleagues have been looking for clear molecular signals of chronic inflammation, and they have found two. Both are inflammatory mediators that can be detected on a simple blood test: IL-6 and TNF alpha receptor 1. “These are factors that get put into the circulation from inflamed parts of the body,” and they show up in the blood even if there is no outward evidence that anything is wrong, Walston says. “We don’t always know where those signals are coming from, but we believe that reducing those signals may improve function and cognition in older adults.”

“We think that, over time, activation of the inflammatory system makes muscles degenerate quicker, causes some level of cognitive impairment, and probably worsens most chronic disease states.”

The blood test he has developed would identify people with chronic inflammation; now, how to block the inflammation signals? Walston has been studying a number of drugs and has focused on two very different medications, both readily available, that seem especially promising in reducing inflammation. One of them is a drug that lowers blood pressure; the other is a milk-based protein, available as a dietary supplement, that is both an antioxidant and anti-inflammatory agent. With a three-year discovery grant from Charles H. Salisbury, Jr., a member of the CIM’s International Advisory Board, Walston is testing these drugs for a new role as a means of intervention against chronic inflammation, in a small clinical study of people age 65 and older.

In an article recently published in Journals of Gerontology: Medical Sciences, Walston and colleagues reported that 15 percent of older Americans living at home or in assisted living residences are frail – more vulnerable to chronic disease, falling or becoming disabled – but another 45 percent are considered “pre-frail,” at risk of becoming frail.

It is these people, headed toward frailty, whom Walston believes can be helped most by an inflammation-fighting intervention. “People who are robust probably don’t need it,” he says. “For people who are already very frail, it may not help.” But in lab research, he has shown for mice that “are just heading into frailty, that treatment appears to have a good impact,” preventing and even reversing some signs of pre-frailty.

This research is still in its early stages, and Walston doesn’t yet know which drug’s approach toward inflammation is better; each affects a different pathway. He is testing these drugs in a small clinical study in older adults with chronic inflammation. If these studies prove successful, he will develop a much larger clinical trial to see how effective these drugs are in “reducing functional and cognitive decline related to chronic inflammation.”

This is what he hopes: that the drugs will improve the function of mitochondria. Mitochondria are the batteries, or power centers, in every cell. “As people get older, mitochondria work less well and tend to generate molecules that can be damaging, including inflammatory molecules.” Walston has recorded this damage in mice. This mitochondrial deterioration is believed to be the cause of many age-related illnesses.

Could suppressing this inflammation prevent the frailty that is often associated with growing older? Walston’s research suggests the answer is yes.

Mitochondrial changes are just one cause of chronic inflammation; there are others, including a bad diet. “People who eat a lot of food that’s high in fat and sugar have higher levels of inflammation in their blood,” says Walston. On the other hand, “people who eat more vegetables and lower amounts of meat – not an absence of meat, just less meat – tend to have lower markers of inflammation. People who are obese also tend to have higher inflammatory markers, because swollen fat cells produce more of these inflammatory mediators.”

Eating a better diet and getting more activity “certainly can help decrease chronic inflammation and improve mitochondrial function,” says Walston, although some people need extra help. “What we’re ultimately trying to do is modulate chronic inflammation that’s driven by all sorts of different causes.“ He believes that to be successful at modulating this chronic signaling that leads to these downstream impacts, and to help people stay healthier as they grow older, “we will need both lifestyle and pharmaceutical approaches.”