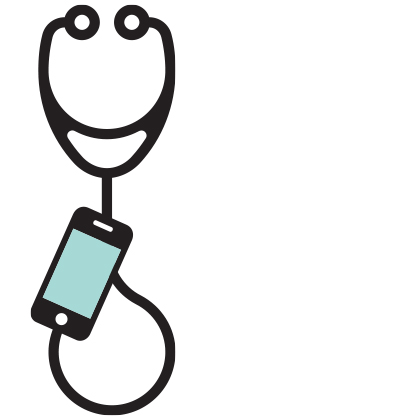 Launched nine years ago, the Miller Coulson Academy of Clinical Excellence at Johns Hopkins has now grown to include more than 70 of the institution’s top doctors.

These are clinicians who exemplify what it means to be a great doctor: They take the time to ask questions and listen; they are good at explaining, and are discerning and wise; they have a wonderful bedside manner and always put the patient first. Because the Miller Coulson Academy is a “working academy,” these exemplary doctors have become role models to medical students and trainees across Johns Hopkins, who are able to watch and learn from them every day.

Soon the impact of the Miller Coulson Academy and its scholars will be felt far beyond Johns Hopkins, with the launch of a new website. Dubbed CLOSLER (a portmanteau of “Closer” and “Osler”), it will provide the latest news and perspectives about clinical excellence to doctors all over the country and around the world.

“We learn so much by watching great people,” says internist Scott Wright, director of the Miller Coulson Academy and the Anne G. and G. Thomas Miller Professor of Medicine. “We aim to take the outstanding role models we have right here and share them far beyond the confines of Johns Hopkins.”

“The idea is to create a ‘community of practice,’” adds psychiatrist Meg Chisolm, a Miller Coulson Academy scholar and website planner. “Studies suggest that people learn best when they are part of a learning community where they can share and exchange information and resources, and be exposed to role models.”

The new website will include original content submitted by Miller Coulson scholars and other exemplary doctors. It will also feature “curated content” – pertinent articles from the New York Times, Wall Street Journal and other publications that offer thought-provoking insights and perspectives on great doctoring.

The goal is nothing less than to make CLOSLER the “go-to” site for physicians and doctors-in-training around the world, whether they are working at a busy hospital in Idaho or a remote clinic in Zimbabwe.

When they log on, they’ll find content organized around four central “buckets” that are so crucial to clinical excellence: connecting with patients, clinical and diagnostic reasoning, maintaining passion in medicine, and the importance of lifelong learning. These are areas where Miller Coulson fellows have been making their mark at Johns Hopkins. “Now we aim to scale up what we are doing here to doctors everywhere,” says Chisolm.

“As doctors, we are being deluged by an explosion of science and technology. Now more than ever, we need to hold up doctors who are devoted to the human side of medicine as role models for the world.” – Meg Chisolm

As it evolves, planners expect CLOSLER to offer resources such as a monthly book club, a “question of the week” and monthly webinars on important issues that will be hosted by Miller Coulson Academy scholars.

CLOSLER, which will go live by early 2018, will fill an important void: Just as the Miller Coulson Academy was the first of its kind, the website will be the first online resource devoted to clinical excellence, its planners say.

And it’s crucial to get this information out there now. “There’s a sense of urgency,” says Chisolm. “As doctors, we are being deluged by an explosion of science and technology. In the face of the computer in the exam room, and all the data we must focus on, there’s been an erosion of good clinical practice. Now more than ever, we need to hold up doctors who are devoted to the human side of medicine as role models for the world.”

Fittingly enough, the new website is named for William Osler, the “father of modern medicine” and one of the “Big Four” founding professors at Johns Hopkins Hospital. He famously admonished his colleagues to “care more for the individual patient than for the special features of his disease.”

Explains Wright with a smile, “With the new website, CLOSLER, we aim to get ‘closer’ to ‘Osler.’”