Expanding Our Definition of Diversity 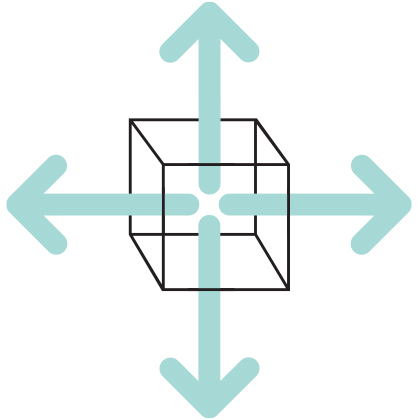 Johns Hopkins psychologist Kay Redfield Jamison, the Dalio Professor of Mood Disorders, has forged an influential career by thinking outside the box.
The recipient of a MacArthur “Genius Grant,” she’s written several well-received books that offer thought-provoking ideas about the links between creativity and mental illness – most recently one about American poet Robert Lowell (see accompanying story).

As someone who has lived with manic depression (bipolar disorder) since early in her academic career – she was diagnosed soon after joining the UCLA faculty as an assistant professor in the early 1970s – Jamison knows firsthand the challenges the illness can present. But, she points out, there are also positives. And it’s precisely these positives that have led to her latest outside-the-box idea, which she shared in early October at the Center for Innovative Medicine Board Retreat. “When it comes to medical school admissions, people with mental illness are pretty much ruled out, and this has had real consequences,” she says. “We are excluding people from the field of medicine who have some very interesting ways of thinking.”

“If we want to achieve true diversity in medicine,” Jamison says, “we must begin talking about ways to identify and admit people with mental illness to medical school.”

“When it comes to medical school admissions, people with mental illness are pretty much ruled out, and this has had real consequences. We are excluding people from the field of medicine who have some very interesting ways of thinking.” – Kay Redfield Jamison

There are certain kinds of temperaments, Jamison goes on to explain, that are more frequently associated with bipolar disorder and depression. “People with these illnesses often have a fiery curiosity. They are risk takers. And in academic medicine, we need this kind of temperament: People who are willing to take risks, both intellectually and scientifically. People who are willing to push the envelope by asking new questions.”

In addition, and crucially important to the goal of good doctoring: Those with mental illness have a deep understanding of what it’s like to live with suffering. “They learn from this suffering and can bring it into their work with patients,” she says.

But under the current medical school admissions system, there is no systematic effort to identify and attract candidates with mental illness. In fact, the system is set up to exclude them, Jamison says. “If you’ve taken a semester or two off for hospitalization for treatment for bipolar disorder, you almost certainly won’t be considered,” she says, “which is unfortunate since these are relatively common illnesses and they are very treatable.”

“We need to seriously start talking about this, and to expand our definition of ‘diversity’ in medical school admissions to include people with mental illness.” – Kay Redfield Jamison

While conceding that there are no “easy answers” for changing the current system, Jamison would at least like to get the conversation started, perhaps with a national summit meeting right here at the Center for Innovative Medicine at Johns Hopkins.

“We need to seriously start talking about this,” says Jamison, “and to expand our definition of ‘diversity’ in medical school admissions to include people with mental illness.”

Taking the Ache Away
Kay Redfield Jamison found a rapt audience when she delivered the 2017 annual Miller Lecture in May. The focus of her talk was powerful indeed: the experience of “losing your mind”– and the important relationship between doctor and patient that is needed for true healing. Calling on insights shared in her most recent book, Robert Lowell: Setting the River on Fire, she also examined the restorative role that writing has played for writers and poets (like Lowell) who have struggled with mental illness.

Jamison, who is the Dalio Professor of Mood Disorders at Johns Hopkins, noted that manic depression, or “mania,” was described long before Hippocrates as a sort of “burning passion” or “ferocity without fever.” While flowers and herbs were used to treat mania in the 1500s, methods grew much less humane by the 1700s. As evidence, she shared disturbing images of shackles and chains, and a close-topped iron “restraining crib” – tools commonly used during that time to control those in the throes of mania. Fortunately, treatments improved over the ensuing centuries and today include medications (such as lithium, anticonvulsants and antipsychotics), electroconvulsive therapy and psychotherapy.

It is this last, psychotherapy, that proved critically important in the wake of World War I for soldiers beset by “shell shock” from what they’d experienced on the battlefield. “They had, quite literally, lost their minds,” notes Jamison. Into the breach jumped Dr. W.H.R. Rivers, a British psychiatrist (he founded the British Journal of Psychology), who specialized in treating such soldiers. Among his patients was Siegfried Sassoon, one of the period’s great poets.

The two developed a close doctor/patient bond that proved critical to Sassoon’s ultimate healing. Rivers explained his approach to psychotherapy this way: “The doctor should make intolerable memories tolerable; he should use the controlled reflection of horror to understand what the patient has been through, to allow him to meet the horror in his own strength.”

Jamison underscored for her listeners that when it comes to mental illness, “there’s a difference between treatment and healing. Healing requires patients to be actively involved, and it demands an almost mystical relationship between patient and doctor.”

Fast forward 30 years to the rise of Lowell as one of America’s leading postwar poets. Lowell struggled with manic depression all his life. Frequently hospitalized, subjected to electric shock, and later heavily medicated with chlorpromazine and lithium, Lowell lived through periods of exultant mania and ensuing deep depression, notes Jamison.

Like Sassoon, Lowell used writing as a way to distance himself from the horror he experienced. “Writing fell to me like a life preserver,” he told one doctor in the mid-1950s. And in a 1976 letter to a friend, he penned, “How often writing takes the ache away.”

“Writing heals,” affirmed Jamison, to those assembled for the Miller Lecture: “Writing brings structure to disorder, provides escape and mastery, gives vocation and salvation, and resurrects and renews.”

Lowell appears to have welcomed the earliest stirrings of oncoming mania as much as he dreaded them. As Jamison notes in her book, the words and ideas mania revealed were a creative trove. “I write my best poetry when I’m manic,” he once professed. Later he wrote: “Darkness honestly lived through is a place of wonder and life. So much has come from there.”