Breaking the Cycle of Opioid Dependence 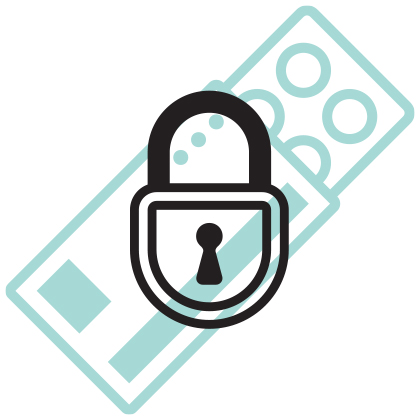 Even before Michael Fingerhood arrived for his residency at Johns Hopkins Bayview Medical Center (then Francis Scott Key Medical Center) in 1986, he knew that he wanted to devote his career to caring for people with opioid use disorders.

As a medical student in the Bronx, Fingerhood often witnessed patients who happened to be heroin users. “They’d be admitted for fevers or for local infections at their injection sites, and once that problem was solved, we’d discharge them and say, ‘See you later,’” he recalls. “We didn’t seem to address why they were injecting drugs. I thought: Why can’t we do something about this?”

In 1993, when he was just a few years out of residency, Fingerhood persuaded the Johns Hopkins Bayview Medical Center board of trustees to invest in a small outpatient clinic dedicated to providing primary care to patients with addiction. In the years since then, Fingerhood has built one of the country’s most respected chemical dependence clinics. One of the clinic’s central tools is buprenorphine, an under-the-tongue medication that blocks cravings for opioids. That treatment model is not new – buprenorphine was synthesized more than 40 years ago – but until recently, federal regulations made it difficult for outpatient practices to treat more than a handful of patients at a time.

Now Fingerhood and his colleagues are demonstrating that it can be done at scale: As of October 2017, they have more than 600 patients being treated for opioid use disorder with the use of buprenorphine. The need for this kind of simple treatment is obvious, Fingerhood says: The national crisis has grown worse each year, with more than 52,000 lives lost to opioid-related overdoses in 2016. Maryland has not been immune: During the first three months of 2017, there were 473 opioid-related deaths in the state, up from 132 during the comparable period a decade earlier.

But Fingerhood’s clinic is about much more than buprenorphine. He and his colleagues are trying to redesign opioid-related care delivery from top to bottom. Fingerhood hasn’t forgotten the questions that first bothered him in the Bronx in the 1980s: What do you do with an opioid-dependent person when he or she is discharged from the hospital? In a severely fragmented health care system, how can we help people find their way to the treatment they need?

“When you screen someone and find that they’re using opioids, there’s usually a lot of emotion in that conversation,” says Fingerhood. “You can tell someone, ‘I can help your tomorrow be better than today, if you’d like to try.’”

To that end, Fingerhood has worked with colleagues across the Bayview campus to design new models of care for opioid disorders. Together with other attending physicians in his service, Fingerhood has tightened protocols to help keep patients from getting lost after they’re discharged from Bayview’s inpatient chemical dependence unit. They’ve de-ployed community health workers to stay in contact with patients in their homes. They’ve developed interventions for formerly opioid-dependent people who’ve just been released from jail – a point when the risk of overdose is high. Most ambitiously, they’ve built new systems for screening all patients in Bayview’s Emergency Department for opioid- use disorders.

“We put the new screening protocol into place at the end of June,” says Carol Sylvester, vice president for care management services at Bayview. “When patients are identified as opioid-dependent, they’re referred to Dr. Fingerhood’s clinic and others in Baltimore City for follow-up. In the month of August, 43 percent of patients who received referrals for treatment showed up for the follow-up visit with treatment programs.”

Fingerhood would like to push this model even further, and to train emergency department doctors not only to offer referrals but actually to initiate treatment on the spot.

“When you refer someone out, you’ve often lost them,” he says. “You’ve lost the moment of impact. When you screen someone and find that they’re using opioids, there’s usually a lot of emotion in that conversation. You can tell someone, ‘I can help your tomorrow be better than today, if you’d like to try.’” Giving an initial dose of buprenorphine during that very first encounter, Fingerhood says, can be a powerful tool. When a patient experiences a day without cravings, the idea of recovery suddenly seems more tangible.

Sylvester agrees that this approach is worth trying. “We know that we need to have the capacity to offer buprenorphine at the time of the visit to truly help these patients,” she says.

The care delivery integration in Fingerhood’s clinic works in both directions: He also strives to weave together opioid disorder treatment with all the other kinds of medical treatment that his patients receive at Bayview.

“The fact that we’re seeing our patients so frequently for their buprenorphine treatment means that we’re also keeping an eye on everything else,” he says. “If they have hypertension, we’re looking at that. If they have diabetes, I say, ‘Bring in your meter and we’ll look at your numbers.’ If they have HIV, we can check on their medication adherence.”

All of this work has been supported in part by the Center for Innovative Medicine. With future support from CIM donors, Fingerhood says, even greater gains will be possible.

“The fact that we’re seeing our patients so frequently for their buprenorphine treatment means that we’re also keeping an eye on everything else,” says Fingerhood. “If they have hypertension, we’re looking at that. If they have diabetes, I say, ‘Bring in your meter and we’ll look at your numbers.’ If they have HIV, we can check on their medication adherence.”

Reducing overdose deaths, Fingerhood says, could be a powerful way of meeting the center’s goal of increasing life spans in the neighborhoods surrounding the Johns Hopkins hospitals.

Some of the patients at Fingerhood’s clinic have been through many cycles of detox, but many others had never previously received any treatment for their addictions. In 2017, opioid-dependent patients come from the full spectrum of society: urban, suburban, affluent, marginalized. Whatever the patient’s background, Fingerhood trains his staff members and residents to offer a maximum of comfort and a minimum of stigma. He never delivers fire-and-brimstone sermons about the risk of fatal overdose. Instead, he offers respect and hope.

Even if patients don’t enroll during the initial consult, he says, “We’ve planted a seed. About a year ago, I saw a woman with diabetes who was clearly terribly abusing prescribed opioids. I said,
‘What about trying buprenorphine?’ And she said, ‘No, no, no. You don’t understand. This is for pain.’ And she walked out without making a follow-up appointment. But six or eight months later, I came in one day and there she was on my schedule. She’s on buprenorphine now and doing very well.”

Buprenorphine was originally synthesized by chemists who hoped to create an opioid painkiller with a diminished risk for overdose. A few years later, in 1978, Donald Jasinski, the founder of Johns Hopkins’ chemical dependency program, co-authored the first paper to identify buprenorphine as a potential aid in treating people with existing opioid addictions. It was not until 2000, however, that the federal government began to permit primary care physicians to prescribe the drug for that purpose. There were originally tight strings on the therapy, but the rules have recently become more flexible. Fingerhood believes primary care doctors across the country should embrace the practice.

But even as the tide of overdose deaths continues to rise, few primary care doctors feel comfortable offering treatment for opioid dependence. Kelly Dunn, an associate professor of psychiatry and behavioral sciences at Johns Hopkins, co-authored a 2017 study that explored why so few primary care physicians – even those who have been through the training – prescribe buprenorphine. One of the primary reasons offered by doctors is that they didn’t feel they had time available to take on new patients or to do this work adequately. “Quite a few more resources are being mobilized to deal with the opioid crisis,” Dunn says, “but we still haven’t found a model that primary care doctors feel fully comfortable with.”

Sylvester agrees. Even with buprenorphine therapy, patients fighting addiction still need counseling to help them make behavioral changes. “And if as a doctor you’re only being scheduled for a 15-minute appointment,” Sylvester says, “you may feel that you just don’t have the time. Maybe primary care practices with robust support from allied health professionals can do it, but many don’t have that resource.”

Fingerhood acknowledges that those structural barriers are real. But he also believes some primary care doctors avoid opioid use disorder treatment because of sheer ignorance and stigma. “Some doctors think, ‘I don’t want to have that kind of person in my waiting room,’ he says. “But those patients are already in your waiting room, and you’re not treating them.”