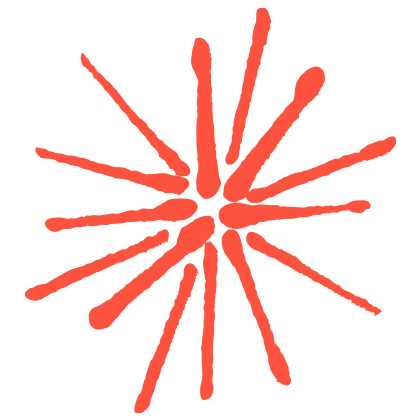 Folly Farm is just 22 miles from downtown Baltimore, but with its rolling green fields and lush trees, the 100-acre rural villa feels worlds away. And that’s precisely why Stephanie Cooper Greenberg and husband Erwin L. Greenberg graciously opened their home on August 31 to host the Center for Innovative Medicine’s third annual retreat.

“We’re able to offer a rural setting that’s beautiful and calming, where you can breathe the country air. That’s when the ideas can start to flow!” says Cooper Greenberg, who is chair of CIM’s International Advisory Board.

Indeed, with more than 70 people participating from across Johns Hopkins’ vast enterprise – representing the fields of medicine, nursing, public health and more – the retreat offered an unparalleled opportunity to trade ideas and share thoughts about how Johns Hopkins can achieve greatness as a public trust over the next several years.

“In our busy lives, we tend to go from meeting to meeting, sticking to our own departments and staying in our own silos,” says Johns Hopkins Hospital President Redonda G. Miller, who led the retreat this year. “To have people from different schools and different disciplines, all sitting together in the same room thinking and talking about key issues … that was absolutely invaluable.”

The Greenbergs first hosted the CIM retreat in summer 2015. There were 50 people on the guest list, Cooper Greenberg recalls. “It took our breath away – to see people from so many Johns Hopkins disciplines who were so eager to engage with one another and work across departments, diseases and boundaries. My immediate thought was: We need to make this an annual event.”

“We’re able to offer a rural setting that’s beautiful and calming, where you can breathe the country air. That’s when the ideas can start to flow!” – Stephanie Cooper Greenberg

The theme for this year’s retreat was inspired by the hit musical Hamilton – the song “History Has Its Eyes on Us” and the lyrics, “The Room Where It All Happened.” As Cooper Greenberg and CIM Director David Hellmann noted in their invitation to the retreat, “With history’s eyes on us, let’s aim high and enjoy. Let’s be in ‘the room where it all happened!’”

And indeed, a lot did happen during the nearly daylong event, which started with an early breakfast and stretched into the afternoon. The retreat featured an opening perspective by Sarah Hemminger, founder and CEO of Baltimore’s Thread, Inc., which engages underperforming high school students by connecting each one with an extended “family” of committed volunteers – up to five volunteers per student – for nearly 10 years.

Launched in 2004, Thread is already changing the fabric of Baltimore, Hemminger noted: 87 percent of students who have been in Thread for five years have graduated from high school and 84 percent have been accepted to college. It’s worth noting that many of the 800-plus volunteers in Thread have Johns Hopkins connections – as students, faculty members and alumni.

“To have people from different schools and different disciplines, all sitting together in the same room thinking and talking about key issues … that was absolutely invaluable.” – Redonda G. Miller

Those at the retreat also heard from Mercedes Ferandes, a recent graduate of the MERIT Health Leadership Academy, which is focused on transforming underrepresented high school students in Baltimore into health care leaders. “She is only a sophomore in high school and already she has her sights set on becoming a doctor and treating HIV. She is the future,” says Cooper Greenberg.

Both presentations inspired thinking around one of the retreat’s central issues of focus: How can we better tackle health disparities within Baltimore City by embracing population health? “That’s a theme that really resonated with everyone there,” says Miller.

CIM has been a leader in partnering with community groups in Baltimore to improve health by addressing health disparities, notably by enthusiastically supporting Medicine for a Greater Good and Centro Sol. CIM’s aim now is to focus these programs and launch new ones to increase health outcomes and life expectancy for the disadvantaged who are living in the neighborhoods surrounding Johns Hopkins.

Along those lines, participants in two small groups focused on this issue. They discussed the fact that those born in poverty in Baltimore City live on average to age 61, while those with resources make it to age 82. What steps can be taken to improve the health odds of those living in poverty? While proposed solutions were wide-ranging, says Miller, most people agreed: “We need to think outside our historical model, where patients are sick and they come to us to be treated, and instead move toward preventing illness by focusing on the social determinants of health.”

Throughout the morning, retreat participants also discussed and brainstormed around two other vital issues:

As she sat in on small-group sessions and the full group wrap-up, Cooper Greenberg says that the spirit of synergy that filled the room was overwhelming. “It’s a really collaborative environment,” she says. “No one over speaks or steals the spotlight. People really listen to one another.”

Miller agrees and says she can’t wait to attend the retreat again next year. “It’s so energizing,” she says. “The CIM retreat creates a safe space to think outside the box – and to share thoughts that could be considered controversial or even crazy.

“If you’re going to have a big idea,” she says, “you need that kind of space.”