Music as Medicine for Older Adults 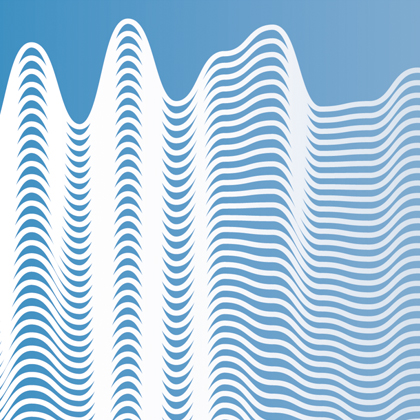 Annapolis resident Dale Tepper, 71, was diagnosed with Parkinson’s disease in 2019. Since she enrolled in online drumming classes with drum therapist and instructor Jason Armstrong Baker, she says her tremors have calmed and her hands have strengthened.

Working in a group setting, learning new participants’ names, and remembering rhythms and movements for different songs gets her brain firing, she says, noting, “The hardest thing in Jason’s class for me is using my hands and feet at different rhythms. That makes your brain just work and work. It’s great for Parkinson’s.”

The Zoom drumming classes build on pathbreaking studies by Johns Hopkins neurologist Alexander Pantelyat, the Alafouzos Family CIM Human Aging Project Scholar and co-founder and director of the Johns Hopkins Center for Music and Medicine. He has shown that for those with Parkinson’s disease, drumming can improve overall quality of life and mobility.

In what is heartening news for the nation’s “silver tsunami” of older adults, Pantelyat and colleagues with the Johns Hopkins Human Aging Project believe music — making it, as well as listening to it and moving to it — could hold a key to healthier aging. In particular, he says, “It’s becoming more and more clear that music- and rhythm-based interventions can do a lot to help specific symptoms of neurodegenerative, age-related disorders, such as Parkinson’s and Alzheimer’s disease.”

Thanks to funding from CIM supporters Eugene and Anne Fife, Pantelyat recently began research to determine whether engaging with personally meaningful music could strengthen memory-related brain connections in patients with Alzheimer’s disease. “We’re using MRI scanning to look at brain structure and function over the course of eight weeks,” he explains. The goal: to develop an evidence-based music therapy program that would bring therapists into Alzheimer’s patients’ homes twice a week to sing and play music that helps to rebuild damaged neural connections.

Strumming and Singing to Overcome Deficits

In another study Pantelyat co-authored that was published last June in the journal Parkinson’s Disease, he examined the impact of six weeks of group guitar lessons on people with Parkinson’s. The “Guitar PD study,” which consisted of twice-weekly guitar lessons for six weeks, found that playing musical instruments may have positive effects on motor, emotional and cognitive deficits in people with Parkinson’s, Pantelyat says. The study found significant improvements in mood and anxiety, and showed that some improvements lasted six to 12 weeks after lessons ended.

As a direct result of that study, Johns Hopkins’ Peabody Institute, whose faculty ran the guitar groups and partnered with the Johns Hopkins University School of Medicine on the study, now subsidizes group and individual guitar lessons, known as the PD Strummers Circle and Performance Ensemble, for people with Parkinson’s disease.

“This is a big deal for patients with Parkinson’s disease,” Pantelyat explains. “As the disease advances, communication can be impaired by the voice getting lower and becoming more monotonous.”

With ongoing advances in technology, there’s even hope that music can be “prescribed” to best meet an individual patient’s needs and preferences.

Such advances are key to moving forward the mission of the new Johns Hopkins Human Aging Project, an ambitious initiative that is bringing together scientists and clinicians from across Johns Hopkins to work at increasing the length of time older adults spend in good health without cognitive or functional decline.

With ongoing advances in technology, there’s even hope that music can be “prescribed” to best meet an individual patient’s needs and preferences — a precision medicine approach that Pantelyat describes as “precision music medicine.”

One project he currently has underway uses a sensor placed on someone’s shoe that is linked via Bluetooth to a playlist in which the music plays with a metronome to the tempo of a person’s walk. The idea is that a steady rhythm will help people with movement disorders walk more steadily. The device is being studied for various purposes across multiple research sites; Johns Hopkins is studying it for use in Parkinson’s.

In addition to improving gait, he says that patients who use the device — whether they’re partial to John Philip Sousa or the Beatles — seem to be motivated by music to exercise more. That’s important, he says, since the parts of the brain responsible for motivation are damaged by neurodegeneration. “Music can help people get back some of that motivation to move,” he believes.

“There’s early evidence suggesting that as little as 30 minutes a day, five days a week, of aerobic exercise during one month could help reduce falls in patients with Parkinson’s disease, which are a major cause of hospitalization and even death,” he says. “If we could prevent even one fall per month on average, this would be a major development because it’s not clear that there’s an intervention out there that can do that.”