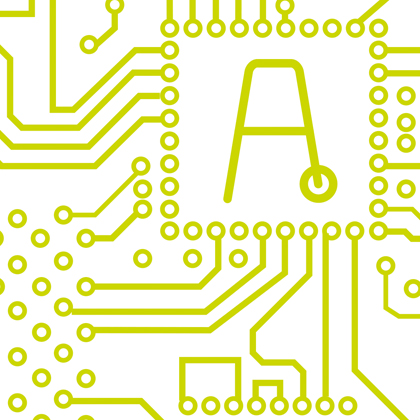 The Gerotech Incubator Program at Johns Hopkins brings together teams that include two to three engineering students, one medical resident or nursing doctoral candidate, two business students from Hopkins’ Carey Business School and several faculty mentors, with each team focusing on a particular challenge of aging, such as fall prevention or neurodegenerative diseases.

In Phase 1 of their work, the teams identify a specific problem to solve, perform a market analysis and ultimately develop a prototype or product. Phase 2 is the “accelerator” mode, during which the teams find funding, test prototypes and develop patents, and solicit support from industry.

Among older adults, a good night’s sleep can be elusive: An estimated 50% suffer from a sleep disorder, putting them at risk for a cascade of poor health outcomes, including short- and long-term cognitive decline, falls, and a reduced ability to perform daily tasks.

Now imagine a device, worn comfortably on a headband, that could gently stimulate an older wearer’s brain to enhance the “deep sleep” portion of their nightly slumber. That’s the ultimate goal of a student team that is the first to advance through the Gerotech Incubator Program (see p.11), launched in spring 2020 as part of the Johns Hopkins Human Aging Project (HAP). The team will develop and test their prototype in the months ahead and has plans to create a startup company to produce it.

Crucial to advancing this team’s efforts is funding and support the students have received from the Johns Hopkins Artificial Intelligence & Technology Collaboratory for Aging Research (AITC), which was established in November 2021 with $20 million in funding from the National Institute on Aging. The goal of the AITC, which also falls under the umbrella of the Human Aging Project, is “to spur development of artificial intelligence devices to improve the health of older adults and help them live independently for longer,” notes HAP Director Jeremy Walston, the Salisbury Family Foundation CIM Scholar.

“So many older adults accumulate health problems that impact their ability to stay in their own homes and enjoy meaningful social interactions,” says Walston. “With the Gerotech projects and the many exciting ideas already coming out of the AITC, we’re tapping into the power of technology to ‘disrupt’ these problems.”

In the year since the AITC put out a call for proposals, a variety of promising projects — submitted by stakeholders across Johns Hopkins and beyond — have already gotten the green light for funding and development. They run the high-tech gamut, from wearable devices to robots, and many tap into powerful advances in sensor technology.

Among the AITC projects underway:

The Human Aging Project has already attracted more than $60 million in funding, and 11 faculty members are now supported in their work as Human Aging Project scholars. Nine of those HAP scholars have been funded through the Center for Innovative Medicine.

The AITC is structured so that advances like these won’t remain academic pursuits but will be ushered along a pathway of eight cores, or workgroups, that will bring devices into the marketplace.

Walston is optimistic that, given the synergy at play, commercialization will happen quickly. “Because we’re working closely with industry, that will facilitate our ability to move these products from academia and into the marketplace,” he says. “With some of these engineered devices, I expect that we’ll be pushing them out the door in the next year or two.”

Walston notes that the AITC projects are emblematic of the broader mission of the Johns Hopkins Human Aging Project, which brings together faculty members and students from the schools of medicine, engineering, nursing and business to collaborate on improving the health of the nation’s rapidly graying population.

“We are leveraging assets from across Johns Hopkins so that clinicians can identify the health issues that older adults face and engineers can come up with carefully crafted solutions,” he says.

The Human Aging Project has already attracted more than $60 million in funding, and 11 faculty members are now supported in their work as Human Aging Project scholars. Nine of those HAP scholars have been funded through the Center for Innovative Medicine.

“We are incredibly grateful to the Center for Innovative Medicine and to David Hellmann for his tireless advocacy,” says Walston. “David’s vision, and the generosity of CIM’s donors, have been crucial to moving the Human Aging Project forward.”