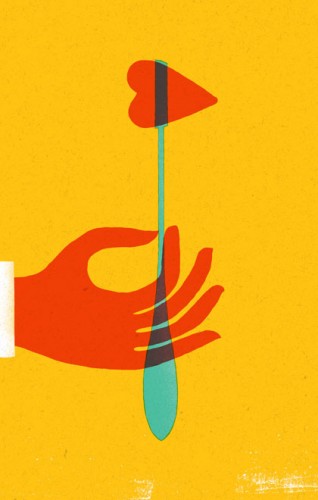 Let’s say you’re a musician, a violinist. You’ve been playing most of your life, and you’re pretty good. But you want to get better, so you find a teacher and start taking lessons again, and you notice that your technique is being tweaked – little changes here and there – as she watches you play. And suddenly, you’ve improved. You had been on a plateau for a long time, and now you’ve moved up to the next level.

It’s good to have a coach, someone with your best interests at heart, who can watch you objectively, see what you’re doing that’s good, and see what you could be doing better. There’s no shame to it: the very best musicians, athletes, singers, and public speakers get their performances fine-tuned all the time, to keep them at the top of their game.

But doctors… well, they don’t. Atul Gawande, a surgeon and writer, also plays tennis. One day, during a free afternoon at a medical meeting he took a lesson with the pro at a tennis club, mainly just to have someone to play with. “I served a few points, and the tennis coach in him came out,” Gawande wrote in The New Yorker. “You know, he said, you could get more power from your serve. I was dubious. My serve had always been the best part of my game. But I listened. He had me pay attention to my feet as I served, and I gradually recognized that my legs weren’t really underneath me when I swung my racquet up into the air. My right leg dragged a few inches behind my body, reducing my power. With a few minutes of tinkering, he’d added at least ten miles an hour to my serve. I was serving harder than I ever had in my life.”

Not long afterward, Gawande realized that his surgical performance had plateaued, too. Maybe he had reached his professional peak – or maybe he had simply stopped getting better. “I’d paid to have a kid just out of college look at my serve. So why did I find it inconceivable to pay someone to come into my operating room and coach me on my surgical technique?” Gawande did bring in a coach, a retired surgeon whom he respected; the surgeon found a bunch of small things that Gawande could be doing differently. Having an outside pair of eyes has helped; his complication rate has gone down. Also, he says, “I know that I’m learning again.”

We have an ideal cadré of coaches – the 30 master clinicians who are members of the Miller-Coulson Academy of Clinical Excellence – who could help our physicians up their game.

At Hopkins, we have an ideal cadré of coaches – the 30 master clinicians who are members of the Miller-Coulson Academy of Clinical Excellence – who could help our physicians up their game. To make the most of this deep pool of talent, and to help young doctors on their own path toward becoming master clinicians, the Academy is starting a coaching program. It is named in honor of the late G. Thomas Miller, philanthropist and prominent Pennsylvania attorney, who died in July 2013 at Johns Hopkins Bayview, at age 90. “Mr. Miller was a mentor of many, and a great teacher,” says Scott Wright, M.D., Director of the Miller-Coulson Academy. “This is a natural program to emerge from the Academy because our core mission is to promote clinical excellence, and to move all of us at Hopkins along the continuum from competence towards excellence.”

“We want to look for what people are doing right and try to get them to do more of that.”

The G. Thomas Miller Coaching Program will offer one-on-one coaching, mostly to young doctors but to any Hopkins physicians who request the help of an extra set of eyes and ears to help improve their performance as clinicians. “It’s really nice,” says Wright, “because there’s no other program like this to help people become clinically stronger.” Wright and Academy member Meg Chisolm, M.D., a psychiatrist, who is leading the program, solicited contributions from Academy members and came up with a curriculum that has been approved by the Hopkins Office of Continuing Medical Education.

“We’re going to focus primarily on people hired within the last two years,” says Wright, “and try to watch and observe them and offer coaching help before any patterns or tendencies are set deeply, so they can get on the right path and be practicing in a way that will help them to become excellent physicians and masterful clinicians.” Participants will be asked to identify areas where they might need help, come up with a goal and a plan to reach it. “Part of the curriculum involves coaches watching them practice and giving them feedback. We will also have the learners shadow members of the Academy and watch how they take care of patients, interact with their staff and provide clinical care.”

The key, Wright believes, is that this will be a positive thing. “We want to look for what people are doing right and try to get them to do more of that. The coaches will be very supportive, not judgmental or critical in any way. We all as doctors want to have fantastic relationships with our patients, and we want to make sure that we’re communicating effectively, that we’re empathetic, caring, and kind.” This program, he hopes, will also help doctors get more satisfaction and enjoyment from their clinical work.

“After you finish your residency, you can practice the next 30 years and never have anybody watch you and give you feedback,” says Wright. “This is our effort to help our clinicians be the best they can be.”