The CIM has an International Advisory Board. Philanthropist Stephanie Cooper Greenberg helped make it happen. 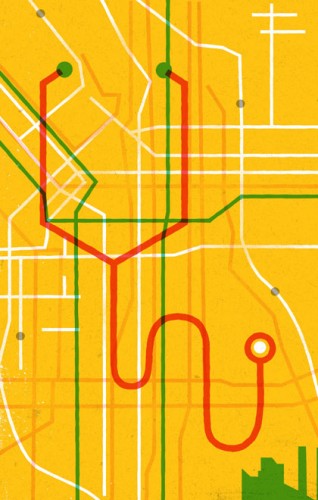 The history of Hopkins is a history of philanthropy, beginning with the great Quaker whiskey merchant himself, Mr. Johns Hopkins, who left $7 million of his fortune (in 1873, this was the largest philanthropic bequest in U.S. History) to endow both a university and a hospital. Here at the CIM much of our history, too, has been made possible through the generosity of people who believe in what we are doing, who share our vision and want to be part of making it happen.

In October, for the first time, our International Advisory Board (IAB), made up of 20 people from as far away as Japan, Brazil and China, came together to discuss the progress we have made in our 10 years and to talk about our future together. This meeting was largely possible through the efforts of one of our greatest supporters, Stephanie Cooper Greenberg. Greenberg came to the CIM the way many of our IAB members did – through David Hellmann, M.D. She happened to meet Hellmann through a friend who was his patient. Then she saw a copy of Breakthrough, and liked it so much that she read every back issue. She became, as she puts it, “a keen observer of what the CIM does,” and found it to be “an elegant center for thought, thoughtfulness, cultivation of ideas and innovation, discovery and empathy,” she says. “Here are all these remarkable people who care so deeply about their patients. It’s such a positive, actual working message; what they practice is not just an idea, they do it every day. I honor the work they do for other people, how they go about practicing medicine, and how they interact with each other.”

But it’s one thing to admire, Greenberg adds, and another “to say, ‘I want to play a small part in this. I’m not in the trenches with you, but I want to support what you’re doing because I believe in what you’re doing.’ I think that’s really the message here of why there’s such a powerful connection to the CIM and the work that goes on here.”

For the first time, our International Advisory Board, made up of 20 people from as far away as Japan, Brazil and China, came together to discuss the progress we have made in our 10 years and to talk about our future together.

Less than a year ago, Hellmann identified the people who would become the IAB members, and asked them to meet in Baltimore. Although Hellmann had worked with many of these philanthropists individually, he had never brought them all together. Greenberg helped convince him that “maybe it is time, as the Center matures and has a proven track record and also has important new projects coming on, that maybe these disparate admirers would want to be there as an Advisory Board to show support, and also provide help from the outsider’s perspective, to be advocates for what’s taking place at Johns Hopkins Bayview, and be great stewards of the Center as laypeople.”

“We like investing in institutions that get it right and do great things.”

Remarkably, “no one said no,” says Greenberg. “The response was immediate and enthusiastic.” At the meeting, a dozen CIM leaders presented brief summaries of their work – many of the projects you’ll see in our “Milestones” section on Page 23. “It was like a wheel, with the CIM at the center, and all these beautiful spokes – the Miller-Coulson Academy, Aliki Initiative, Medicine for the Greater Good, the MERIT mentoring program, the Latino Health Center – and as they presented, you could see how it all relates back to the CIM, how they collaborate and innovate. Tying it all together tells a very powerful story, and we all realized how far David’s vision has come, how invested the faculty and staff and residents and medical students are. Our goal is to tell that story and also unify the center. We really want to be a part of what you’re doing at the CIM.”

Greenberg and her husband, Erwin L. Greenberg, in a $45 million co-investment with the Johns Hopkins University, recently created the Johns Hopkins Greenberg Bladder Cancer Institute. “We like investing in institutions that get it right and do great things,” Greenberg says.

For the CIM, “sustaining support over time is incredibly valuable, so that people can have the freedom to explore, to discover, to figure out how to make a better culture here. Medical systems don’t often pay for beautiful institutions like the CIM. There is a need for outside support, philanthropic support, and it’s there because people believe so strongly that this Center is a model for the way it should happen. You sort of scratch your head and say, ‘Why isn’t everybody like that?’

“For someone like me and these Advisory Board members, we believe that something extraordinary is happening here, a positive change in the culture of academic medicine. I think the ripple effect will reach generations of medical students, residents, fellows, practicing physicians and mentors. It will be sustaining, because it really, really works.”

In her free time, Greenberg and her three Dalmatians visit Hopkins as therapy teams. “We were right up there with aromatherapy when we started,” she jokes, “and people were asking, what is this crazy dog thing? Now, units throughout Hopkins are asking for therapy dogs, because they’re realizing how much it benefits the patients,” and this is what she appreciates about Hopkins, she adds. “They never forget that there is a patient, there’s a real person who may benefit from having a dog visit. Or having a Center for Innovative Medicine. They never lose sight that these are people who have come to them at a very vulnerable time; patients don’t want to be there, they want to be well. In a small way, the therapy dogs relate to everything else. The dogs love it, too; they feel they have a higher purpose in life, and I feel I have a higher purpose because of our role at Johns Hopkins. Our role is to support great things here.”