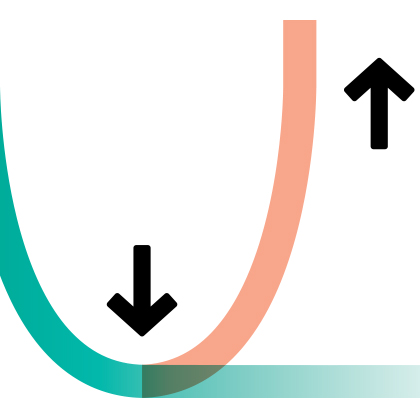 Just what is it that causes our immune systems to break down as we grow older, putting us at increased risk for disease — and for more severe illness — than when we were younger?

This is the question that has guided the research of Johns Hopkins geriatrician Sean Leng over the past two decades, as he has pushed to better understand the basic biological and physiological changes that occur as our immune system fails with age, a process known as immunosenescence.

“When we’re in our 20s or 30s, we can get a case of the flu and shake it off pretty easily, while getting the flu as an 80-year-old can quickly lead to severe illness, like pneumonia, and even death,” says Leng, who was recently named a CIM Charles Salisbury Family Scholar. “In fact,” he notes, “despite vaccine efforts, seasonal flu and its complications are the fourth leading cause of death for older Americans.

“Or think about infectious diseases like chicken pox that we typically get as children,” Leng says. “Once the chicken pox subsides, the varicella-zoster virus that causes it remains dormant in our nerve cells. Then, in some older people, that dormant virus gets reactivated late in life to cause painful shingles and neuralgia. But we don’t really know how or why.”

Leng’s work in immunosenescence took on critical importance when the COVID-19 pandemic struck and it became painfully obvious that older people are at highest risk of severe disease. While those over age 65 make up just 16% of the U.S. population, they have accounted for 75% of deaths from COVID-19, according to the U.S. Centers for Disease Control and Prevention.

In order to understand how our immune system evolves as we age, taking the long view is crucial. Toward that end, Leng and his team will build on a path-breaking longitudinal study he launched in 2014, which has followed a cohort of older people (75-plus) in Baltimore/Washington to study their response to the annual flu vaccine. Leng and his team have annually taken blood samples from study participants before and after administering the flu vaccination and have used cutting edge technology to examine their individual immune response.

“Since the flu strain changes every year, doing a clinical trial of vaccine response in any one year is not enough. We need to follow older people over many seasons, to see how their immune response may wane over time and why some people are more susceptible to breakthrough flu infection,” Leng explains. “Twenty of the people in our current study have participated since the start, and one participant was 103 at the time of her death in 2019.”

With funding from the new Center on Aging and Immune Remodeling, Leng and his team, who collaborate with Sabra Klein, a senior faculty member in the Department of Molecular Microbiology and Immunology at the Bloomberg School of Public Health, will be able to expand to study immune responses to diseases other than flu, including COVID-19. They will also broaden their research on aging and immune remodeling beyond vaccination studies alone.

Leng did not set out to pursue a career in the biology of aging. He attended Peking Medical College to study clinical immunology and subsequently pursued a Ph.D. in research from Texas A&M University and a research fellowship at Yale to further his experience in virology.

But a visit back home to China set him on a new path. His dad had begun to suffer from cognitive decline and didn’t recognize him, possibly as a result of Parkinson’s disease. Leng started studying geriatrics textbooks, searching for a way to help his father. He couldn’t find the answers he wanted, “but it got me interested in aging and geriatrics,” he says.

In the years since then, Leng has become an international leader in geriatrics research and clinical care. He helped launch an academic geriatrics program at Peking Union Medical College, training more than 20 providers who came to Johns Hopkins (including internal medicine physicians, a physiatrist, nurses and more) from 2006 to 2011, in order to fully staff the new clinical geriatrics program there. He’s also taught advanced training courses to hospital geriatrics leaders across China — leaders who have gone on to develop regional geriatrics training courses at their hospitals. And he serves as president of the Milstein Medical Asian American Partnership Foundation, whose mission is to improve world health through partnerships and by funding fellowships and research project awards.

Looking ahead, Leng is excited about finding answers to key questions surrounding the basic biological and physiological changes related to aging and our immune system. “The ultimate goal,” he says, “is to find ways we can intervene to make our immune systems more robust as we get older, to stave off infections, and avoid decline for as long as possible.”