The Rhythm of Healthier Aging 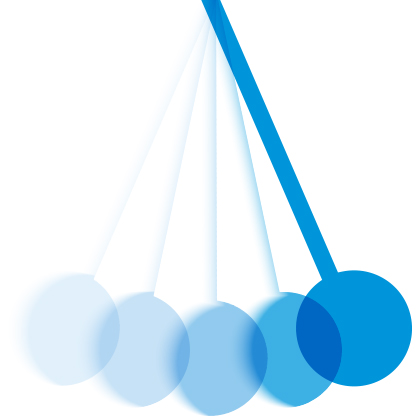 Johns Hopkins neurologist Alex Pantelyat is developing promising treatments for his aging patients with Parkinson’s disease and other neurodegenerative diseases that involve no costly drugs or unpleasant side effects. These treatments are easy to pursue at home, or together with friends and family. And they appear to improve the health of patients with debilitating chronic illness while also unlocking feelings of joy and well-being.

What is this seeming miracle drug? In a word, it’s music.

Pantelyat, a talented violinist and co-director of the Johns Hopkins Center for Music and Medicine, is passionate in his belief that music could hold a key to better aging. And he has embarked on a range of music-related studies that back up that optimism.

“Music has been an integral part of the human experience as long as humanity has been around,” says Pantelyat, the Alafouzos Family CIM Human Aging Project Scholar. “It’s been intuitively felt to have healing properties, but now we are in a position to study the mechanisms and optimize music-based interventions.”

Quality of life improved over six weeks of drumming and worsened when participants were assessed six weeks later, suggesting that continued drumming is necessary to sustain improvements.

Perhaps his longest-ranging project involves singing and patients with Parkinson’s disease. In a pilot study several years ago, Pantelyat found that those who participated in group singing saw improved quality of life, and voice strength and clarity. And when spouses or caregivers were invited to participate, their quality of life also improved. He has continued the project with ParkinSonics, a choir for patients with Parkinson’s disease and their caregivers. The choir met weekly at Govans Presbyterian Church in north Baltimore before COVID-19 and it continues to meet virtually.

“That’s such an important part of our work. If a study is deemed valuable, we make every effort to roll out the intervention as a community program,” Pantelyat says. “The results are inspiring: People who had never sung before are now singing in four-part harmony. The ParkinZoomSonics choir continues to grow, even during the pandemic. Just last week we had several more people sign up.”

Pantelyat’s work involving West African drumming followed a similar trajectory. In this project, patients with Parkinson’s disease sat in a circle, each straddling a traditional goblet-shaped djembe drum, and they followed the lead of the instructor, who set the rhythm. In a pilot study of patients who participated in the drumming twice a week over six weeks, Pantelyat reported that participants experienced a reduction in their symptoms: Some walked more easily; for others, tremors subsided and they were in a better overall mood. Quality of life improved over six weeks of drumming and worsened when participants were assessed six weeks later, suggesting that continued drumming is necessary to sustain improvements.

To Pantelyat, this points to the importance of establishing sustainable community-based programs. “We have to continue activating these parts of the brain to continue to see results. So, it’s important for programs like group drumming to be continued long term,” he says.

Fortunately, through the Center for Music and Medicine, in February he was able to establish a virtual drumming group for individuals with Parkinson’s disease and their care partners, led by drum therapist and instructor Jason Armstrong Baker. The goal is to add another virtual drumming group for people with Huntington’s disease and their care partners soon.

“There’s evidence that being involved in music may improve your life, and it may even prolong your life.” – Alex Pantelyat

“The big idea behind all of these community-based programs is this concept of ‘social prescribing,’ which originated in the U.K. over 10 years ago,” says Pantelyat. “The idea is to give a patient a ‘prescription’ to enroll in a community-based arts program, or for tickets to museums or concerts, which would be covered by health insurance.” To his mind, the cost-benefit analysis of social prescribing clearly comes down on the side of music. “There’s evidence that being involved in music may improve your life,” he says. “And it  may even prolong your life.”

In his recent work, Pantelyat is turning to technology to create individualized solutions for his patients with atypical parkinsonism, which encompasses a range of movement and neurological symptoms and can make walking particularly difficult. Pantelyat undertook a pilot study, in which a patient is asked to walk for two minutes, during which time the velocity of his or her gait is measured. Then the patient walks for two minutes again, but this time to a metronome beat of music that is 10% faster than the baseline gait. “So, if a patient took 90 steps per minute the first time, he’s now aiming to take 99 steps per minute, trying to synch each step to a beat on the metronome,” Pantelyat explains. After a 10-minute break, the person is asked to walk the same path again for two minutes, but without the metronome beat.

Many patients in the pilot study showed improved gait with the metronome, and for some the improvement was sustained without the metronome. This is proof of concept for the idea “that you can get people with atypical parkinsonism to walk faster and with more confidence after a very short-term intervention,” says Pantelyat.

He is working now with a Boston-based tech firm to develop an adaptable device that would make it possible for patients to pursue this “treatment” at home. The idea is to use a playlist of songs that the user enjoys (whether Bach or Jimi Hendrix) while they walk. Then, through a sensor attached to the shoe, the tempo of each song continually adjusts to the walker’s gait, encouraging the person to walk at a more regular pace.

“This is an example of moving toward precision medicine, or ‘precision music,’ that would benefit a patient population that is prone to falls and reduced mobility,” says Pantelyat. “If we could get this rhythm-based auditory stimulation approach out into the broader population of patients with parkinsonism, it would be an important step forward.”