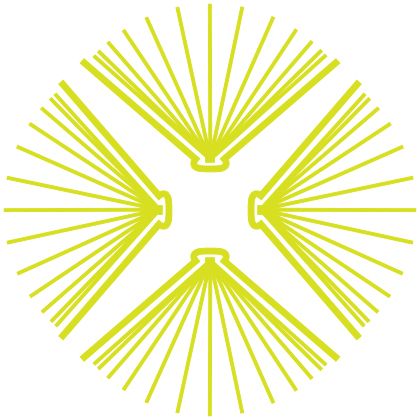 Physician and author Suzanne Koven, who completed medical school and residency at Johns Hopkins before moving on to a career in primary care at Harvard and Massachusetts General Hospital, is Mass General’s first writer-in-residence and a frequent contributor to publications ranging from The Boston Globe to The New England Journal of Medicine. Her new book, Letter to a Young Female Physician: Notes from a Medical Life, came out on May 4.

Notably, that is the very day that Koven gave CIM’s 18th Annual Miller Lecture. In the Q&A that follows, Koven talks about the influences that have shaped her career and explains how art and literature can hold a key to better doctoring.

You arrived at Johns Hopkins in July 1980 and left for Harvard almost exactly 10 years later. What memories stand out during your time here?

I started by working in a lab while I took post-baccalaureate coursework so that I could apply for medical school, which I started at Johns Hopkins in 1982. The first two years of medical school, I struggled because I hadn’t been a science major in college and the coursework was so difficult. Then we moved to clinical work the second two years and I discovered that my Yale College background in English — all those novels that I read — served me a lot better than the organic chemistry that I crammed and promptly forgot.

Reading is like empathy in practice. When you’re reading a novel, you’re being asked to care about a character whose experience and suffering you can only imagine. That imaginative leap is something that we do in clinical medicine every day. I’ve never had a heart attack and I don’t know what chest pain feels like or the fear that comes with it. Reading is very good practice for developing that kind of imagination.

After medical school, you remained at Hopkins for your residency training. How was that experience for you?

I adored my residency! I loved wearing my Osler scarf and running around the hospital and the overwork of it and the excitement of it and the brilliance of the Attendings and being a part of a team that was so defined by excellence. And yet, looking back, there were some darker aspects of medical training in that era, which I get into in my book. One was sexism.

As a junior resident, I had my first baby. (There was so little precedent that I was invited by Human Resources to write a formal policy for maternity leave.) Looking back, why, as a pregnant woman, was I standing on my feet for hours, a factor that led to my developing preeclampsia? It didn’t occur to me or anyone else at the time to provide accommodations. In retrospect, the hours that we worked were punishing but the feeling was that you can’t be a “real” doctor unless you follow a patient through the first 36 hours of their crisis, for example. But that came at a price, particularly if you were pregnant.

“The whole idea of narrative medicine is that by reading literature closely, you become better able to elicit and interpret and respond to patient stories.” – Suzanne Koven

The other dark side, and this was invisible to me at the time, was the inherent racism of health care then. Hopkins Hospital was formally segregated until the 1950s, and it was de facto segregated when I was there in the 1980s. The poor Black patients were on the Osler service by the house staff, while the well-off white patients had private rooms and were treated by the attending physicians. Years later, I reconnected with one of my few Black residency mates, and he shared stories of white patients refusing to be seen by him, and of micro- and macro-aggressions he endured. Sadly, all of this was invisible to me at the time.

You left for Harvard in 1990 and have practiced primary care there for the last 30 years. At what point did your interest in narrative medicine and storytelling take root?

For a very long time, I just assumed that once I chose medicine, I would read novels at night and it would be a hobby. I continued to believe that until about 15 years ago. After I earned a master’s degree in nonfiction writing, my division chief — in an example of how good mentoring can be life-altering — suggested I run a monthly reading group at Mass General. That evolved into running writing workshops and hosting events in narrative medicine, and then I became the writer-in-residence, first for my division and then for Mass General. Now that work is a bigger part of my professional life than my medical practice. I’ve become more and more emboldened by the idea that if you get members of the hospital health care team seated around a conference table and talking about literature, something magical happens.

How does that magic play out?

The whole idea of narrative medicine, started at Columbia University 20 years ago by Rita Charon, is that by reading literature closely, you become better able to elicit and interpret and respond to patient stories, which is so foundational to providing excellent clinical care. This isn’t some “squishy” feel-good stuff: Being able to appropriately listen and respond to a patient’s story really affects diagnosis and treatment. And sitting around a table with colleagues allows us to talk about our work and our patients in a much deeper and less guarded way.

The 18th Annual Miller Lecture, which Koven offered virtually on May 4, is made possible by the generosity of Mrs. Anne G. Miller and her daughters, Sarah Miller Coulson and Leslie Anne Miller, and her husband, Richard Worley.