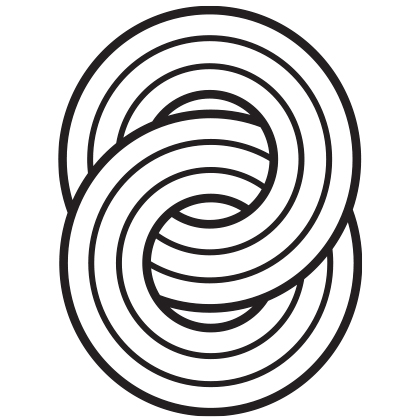 In its heyday in the 1950s, Turner Station was a thriving enclave of 10,000 people, nearly all African American, tucked away in the southeastern corner of Baltimore County near Bethlehem Steel.

Today, the community perhaps best known for being the home of Henrietta Lacks – whose cancer cells, harvested at The Johns Hopkins Hospital in 1951, would become the immortal HeLa cell line – has shrunk to about 3,000 residents.

Among those who remain in Turner Station: a vibrant community of African American elders, many of whom have stepped in to help care for their grandchildren because their own children are grappling with substance use disorders and incarceration. Strengthening the intergenerational ties between these two groups while simultaneously addressing the health needs of the elders has been a focus of CIM Scholar Erica Johnson, director of the Internal Medicine Residency Program at Johns Hopkins Bayview Medical Center. And to aid in this important work, Johnson has enlisted the participation of Johns Hopkins Bayview’s internal medicine residents.

“It’s vital for doctors in training to see and understand how the community where our patients live and work shapes their health,” says Johnson, who grew up in Baltimore and completed 11 years as a Medical Corps officer in the U.S. Army, earning a Bronze Star, before joining the faculty at Johns Hopkins.

So, each August and September, as part of the residency program’s Foundations of Clinical Excellence course, she takes interns to tour Turner Station and talk with residents and community leaders there. From these conversations, the Johns Hopkins residents learn just how much social determinants of health – access to healthy food and transportation, education, and income, for example – impact the health outcomes of patients.

Johnson and her colleagues also launched Project Voice, a yearlong project that enlisted the involvement of local Girl Scout troops. Equipped with cameras, the girls set out to interview and photograph Turner Station elders and to capture their personal stories about aging, health and community life.

“We followed up with guided discussions, which included our medical residents, where the girls shared their photos and narratives, and the medical residents shared their perspectives as community-engaged physicians,” says Johnson. “One key theme that emerged was the isolation felt by older adults in the community. Another was that the elders needed to receive better health information in a way that was accessible to them.”

“It’s vital for doctors in training to see and understand how the community where our patients live and work shapes their health.” – Erica Johnson

In response, says Johnson, “our medical residents are now conducting more activities around health-related topics at the Fleming Senior Center,” which is located in the heart of Turner Station. The seniors aren’t the only ones who have benefited from Project Voice. “Our residents have gained a deeper understanding of the impact of chronic disease from the perspective of the elders,” says Johnson, “which has equipped them with new approaches for communicating with elders during clinical encounters.”

Johnson and others have presented findings from Project Voice at the national meeting of the Society of General Internal Medicine, and they have a manuscript in progress that will summarize the project’s scope and findings.

Hand in glove with Johnson’s work in the Turner Station community has come her commitment to improving the rate of underrepresented in medicine (URM) residents in Johns Hopkins Bayview’s internal medicine program. “Increasing the diversity of our medical residents is crucial for so many reasons,” says Johnson. Among those reasons: Physicians from URM backgrounds are more apt to work in minority communities, and patients in those communities report feeling more comfortable with doctors of URM backgrounds, resulting in greater patient satisfaction and better health outcomes.

In 2017, just 9 percent of trainees who signed on to the internal medicine residency at Johns Hopkins identified as URM. To better understand why, Johnson and her colleagues looked closely at the role that unconscious bias (learned stereotypes that are automatic, unintentional and deeply ingrained) could be playing in recruitment efforts.

They subsequently launched new training to recognize and prevent implicit bias in those charged with recruitment. Johnson also led efforts to implement a new, more holistic review model for resident selection, provided by the Association of American Medical Colleges, which “puts more emphasis on important types of experience over typical metrics, such as test scores,” she says.

“We were able to increase our rate of interns who are underrepresented in medicine from 9 percent to 41 percent the first year, and 38 percent the second year. That’s four times the national average for internal medicine residency programs.” – Erica Johnson

The results of these efforts were dramatic. “With those two interventions, we were able to increase our rate of interns who are URM from 9 percent to 41 percent the first year, and 38 percent the second year,” says Johnson. “That’s four times the national average for internal medicine residency programs.”

She adds, “The people we are bringing in are not only more diverse, they are really contributing to the academic environment in an important way and making the entire program stronger.”

In January, Johnson was one of eight people at Johns Hopkins honored with a 2019 Martin Luther King Jr. Award for Community Service. She also recently earned the inaugural Award for Excellence in Inclusion, Diversity, and Equity in Medical Education and Patient Care from the Alpha Omega Alpha Honor Medical Society, and was honored with the 2018 C. Lockard Conley Award.

“Whether treating patients, teaching medical residents or working with community members, Dr. Johnson inspires her trainees to care about patients as people in the context of their life experiences and cultural backgrounds,” noted the selection committee for the Conley Award, which honors the longtime Johns Hopkins hematologist and beloved educator who died in 2010. “If Dr. Conley could have seen the future of medicine, he would have been very pleased that Dr. Erica Johnson is in the forefront of this new wave of physicians and educators.”