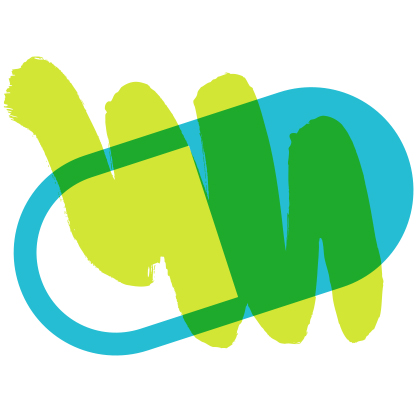 Every day, patients come in to the Emergency Department at Johns Hopkins Bayview Medical Center with a variety of health problems: heart issues, respiratory ills, gunshot wounds, car accident injuries. Since the summer of 2017, a triage nurse now screens each and every patient for one problem that often underlies all the others and can too easily go overlooked: substance use disorders and addiction.

Patients who screen positive for substance problems are immediately connected to a variety of Johns Hopkins resources – including peer recovery counselors, social workers and addiction treatment programs. This universal screening program for substance use disorders will soon be rolled out in the Emergency Department at The Johns Hopkins Hospital as well.

“Unfortunately, many patients coming in for other things – and even for health issues that are a direct consequence of substance use – are not ready yet to confront or deal with the problem. But you don’t know unless you ask,” says emergency medicine doctor Peter Hill, senior vice president of medical affairs for the Johns Hopkins Health System. “So it’s vital to ask, and to consistently provide follow-up help and to show people that we are there for them.”

The universal screening program is one important element of an ambitious new initiative of the Center for Innovative Medicine (CIM), known as the “5 in 10” initiative. It is sweeping in scope and breathtaking in what it aims to accomplish.

“If you live in certain zip codes, such as the neighborhoods that surround our hospitals, you live an average of 61 years. Contrast that to more affluent areas of Baltimore, such as Roland Park, where average life expectancy is a more robust 84 years old,” notes CIM Director David Hellmann, Aliki Perroti Professor of Medicine. “It really bothers us that if you live in poverty, you don’t live as long. So 5 in 10 was created to commit us to increasing the life expectancy of our underserved residents by at least five years over a decade. It’s a colossal effort, but one we are truly committed to achieving.”

“If you live in certain zip codes, such as the neighborhoods that surround our hospitals, you live an average of 61 years. Contrast that to more affluent areas of Baltimore, such as Roland Park, where average life expectancy is a more robust 84 years old.” – David Hellmann

A major initial focus of 5 in 10 will be to reduce opioid-related deaths by 50 percent over five years. “Opioids have caused a dramatic increase in mortality and Johns Hopkins Bayview has more people discharged with a diagnosis of substance use disorder than any other hospital in Maryland,” notes Hellmann. “At the same time, Bayview has incredible strengths in helping people with addiction” – including the Comprehensive Care Practice, the Chemical Dependency Unit, the Department of Psychiatry, the National Institute of Drug Abuse and partnerships with the Bloomberg School of Public Health and the Welch Center for Prevention, Epidemiology and Clinical Research.

Many of the substance use disorder efforts unfolding now at Bayview and beyond build on the work of internist Michael Fingerhood, an expert in addiction medicine.

In the decades since he joined Johns Hopkins in 1993, he has built one of the country’s most respected chemical dependence clinics at Bayview. And over the last few years, in part with funding from the Center for Innovative Medicine, he has worked with colleagues to redesign opioid-related care from top to bottom.

In addition to establishing the universal substance use disorder screening programs at Johns Hopkins Bayview and The Johns Hopkins Hospital, he and his team have worked to vastly increase the number of health care providers who can prescribe buprenorphine, an under-the-tongue medication that blocks cravings for opioids. Last June, some 40 care providers at Bayview – including hospitalists, internists and emergency department physicians – received the extra training they need to begin prescribing the lifesaving medication.

“We know that release from prison is a highly vulnerable time for patients, particularly for overdose. Many who walk on the van to see us have been struggling with opioid use for years,” and most don’t have access to treatment while they are behind bars. – Megan Buresh

Hand in glove has been the growth of a peer recovery coaching system at Bayview, which will soon expand to The Johns Hopkins Hospital. Peer coaches, who have a history of substance use disorder and have been in recovery for at least five years, are specially trained to meet with new patients.

“They can interact as a peer and engage with these patients in a way that we can’t, laying out the options for different treatment programs and then following up to make sure they stay in treatment,” says Johns Hopkins addiction specialist Megan Buresh, an assistant professor of medicine, who works closely with Fingerhood.

Treatment Where It’s Needed
When Buresh isn’t seeing patients at Bayview, you can find her in an unassuming mobile van, which pulls up outside the walls of the Baltimore City Detention Center on East Eager Street four mornings a week. The mission? To provide people newly released from prison with immediate treatment for their opioid use disorder.

“We know that release from prison is a highly vulnerable time for patients, particularly for overdose,” says Buresh. “Many who walk on the van to see us have been struggling with opioid use for years,” and most don’t have access to treatment while they are behind bars.

Buresh and her team, which includes a nurse – and a nurse practitioner on days when Buresh is not on site – take a medical history, do a physical exam and assess whether it’s appropriate to prescribe buprenorphine. About half of those who walk onto the van get a prescription for buprenorphine and begin treatment for their opioid disorder that same day.

Even more encouraging: “We have found that about two-thirds of those who begin treatment return for at least a second visit, and about one-third have remained in care for 30 days and beyond,” she says, noting that care includes being connected to Johns Hopkins’ peer recovery coaches and programs such as Dee’s Place, an alcohol and drug addiction recovery support center near The Johns Hopkins Hospital that is run by Fingerhood.

Those treatment figures are impressive, considering the myriad challenges that many of these newly released citizens face: unemployment, homelessness, mental health issues, and a long history of substance use and involvement with the criminal justice system.

Buprenorphine is not a quick fix, as Buresh is fast to remind patients. “Opioid dependence is a chronic disease, just like diabetes or high blood pressure. We tell people to think of being in treatment for three to five years to truly stabilize. Some may need to remain on it for the rest of their lives,” she says. The aim of the mobile van program is to serve as a bridge. “We are transitional,” she says. “We work with people over the course of several weeks to months until we can get them into long-term treatment.”

“Opioid dependence is a chronic disease, just like diabetes or high blood pressure. We tell people to think of being in treatment for three to five years to truly stabilize. Some may need to remain on it for the
rest of their lives.” – Megan Buresh

The mobile van initiative was launched by Deborah Agus, executive director of the Behavioral Health Leadership Institute and an associate professor at the Johns Hopkins Bloomberg School of Public Health. The funding the project has received from foundations has been crucial to the pilot program’s success, says Buresh. “Funding from foundations covers my time and also makes it possible to provide buprenorphine to all, regardless of whether or not the patient has health insurance to cover it,” she says.

Buresh and Fingerhood would love to see the mobile van program expand, by increasing staffing to handle more patients and perhaps by adding an additional van to a different underserved area of the city, such as Dundalk.

“Currently the demand for treatment is much higher than we can meet,” says Buresh. “We have to turn people away.”

The early results of the mobile van program have impressed Joshua Sharfstein, former Baltimore City Health Commissioner, who is now the vice dean for public health practice and community engagement at the Johns Hopkins Bloomberg School of Public Health.

“Overdose claims a lot of lives in Baltimore. Providing lifesaving treatment is going to increase life expectancy,” says Sharfstein. “The work of Dr. Fingerhood, Dr. Buresh and their team is an important part of the solution.”